5 Things to know before an Africa bicycle tour adventure

When I first set off on my Africa bicycle tour, I did so with the absolute minimum amount of preparation. Everyone has different circumstances of course, but I think most people can relate to my sudden urge to quit stalling in life and get started on an adventure. That being said, I look back to this moment and now think about everything I wish I knew before starting my year-long journey through Africa.

Here are some of those thoughts and advice before riding a bicycle across the Dark Continent:

5 pieces of advice for an Africa bicycle tour

1. Try not to cycle through midday heat

I spent an entire day cycling in the Namib Desert near the beginning of my Africa bicycle tour and unsurprisingly, it ended with severe heat exhaustion.

Although it felt alright during the early afternoon, heat exhaustion is a gradual process which eventually reaches the point of no return. Two hours from the nearest possible shade and too tired to cycle any further, I resorted to pushing the bike for 25km before arriving at a remote guesthouse in the middle of nowhere. Sudden heat exhaustion made me so weak that I had no energy to eat and it was two days until I felt fit to move around again.

In hindsight, this was a very worthwhile experience as I am hiking the Pacific Crest Trail in 2018 and now aware of how important it is to find shade to rest during the hottest part of the day.

Yes, I managed to travel from Cape Town to Cairo on a rusty old bicycle, but in truth, my equipment for this journey was quite frustrating, from an extremely heavy tent and bulky cooking equipment to the seemingly smaller details I had no time to consider prior to the trip.

Take for example my handlebar set up; I strapped a mini cooler bag onto the handlebars instead of investing in a proper bag that would save me so much frustration on the road. In fact, not only was it the wrong size to hold my valuables, but I also needed to stop and re-strap this bag to the handlebars almost every day on my Africa bicycle tour.

Trust me, this is such an unnecessary thing to do on the road, and I would never take another cycle tour without a decent cycle tour handlebar bag.

3. Take your time; nobody cares how long you stay in one place

I know how it feels to cover long distances on an Africa bicycle tour and how easy it is to get caught up with covering distance as fast as possible. Ironically, when an epic cycle tour is coming to an end, you will often look back and want to prolong the journey just a little bit more. Save yourself from this kind of regret by taking your time and stay an extra day when you find somewhere nice. Hell, stay an extra week or two if you have the money.

Also, at the beginning of this Africa cycle tour, I experienced some strange pangs of guilt anytime I took a day off cycling and almost embarrassed to tell people whenever this was happening. However, the best thing I realized during the trip was that nobody really cared about any of this and I soon resolved to stay in any one place for as long as possible, anytime I wanted.

It took one year to travel from Cape Town to Cairo by bicycle and I would be disappointed to have spent any less time soaking up so many experiences in such a fascinating place.

4. Don’t play games, drink water when you need it

Stopping to take a drink of water is obviously common on a cycle tour but taking a drink while moving is sometimes hard with so much weight on the bike.

At first, my initial thought process in this regard was that it was not possible to stop so often and I should reserve this small amount of energy for later in the day. Sometimes, this even resulted in a game of sorts where I would look to the horizon and pick out a distant point where I could stop to enjoy the reward of a drink.

Simply put, this is also a really stupid idea on an Africa bicycle tour which was putting my health at risk. When I considered the long term effects, I decided that anytime water crossed my mind, the priority should be to take a drink regardless of whether that meant stopping or using up a small amount of energy.

As a much more experienced Outdoor Blogger, I now know that hydration is a matter of life and death in the desert so you should not try to strategize when to take a drink of water and just take one whenever you need it.

5. My friend, the animals just do not care about you

I was terrified cycling in Botswana with nothing but an air horn as protection. Absolutely petrified. Most nights, I would shake myself to sleep and others, I sat in the middle of my two man tent counting down the hours until daylight. After one week of these bizarre rituals, I started to notice how there were rarely any animals in sight. Furthermore, when I did come across any wildlife, it either bolted for the bush or seemed to freeze in complete shock of my sudden appearance.

Eventually, I came to the conclusion that worrying myself to sleep or allowing my mind to run away with itself would bring no value to my Africa bicycle tour. Around this time, I also started to understand that the animals wanted nothing to do with a smelly cyclist and they were likely more afraid of me than I was of them.

Moral of the story: You do need to take certain precautions traveling in a wildlife area but rather than worry yourself to death; I highly recommend that you come to the same conclusion about wildlife in Africa – because my friend, they just do not care about you. 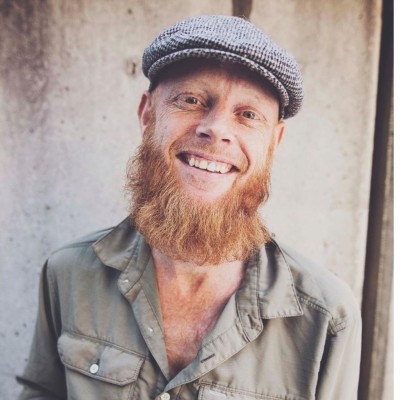 https://facebook.com/Microadventureworld
Hey, I'm Derek from Ireland and I make videos about outdoor adventures. In a nutshell, I began this journey with a bicycle ride through Africa a few years ago and I am now preparing to hike Pacific Crest Trail in 2018.