Best Things To Do in Yangon

Yangon, formerly Rangoon (meaning end of strife) is the capital of the Burma region of Myanmar. It was also the capital of the whole country until 2006 when the government moved the capital to the soulless, custom built Naypyidaw. Yangon remains Burma’s most populous city (estimated up to 7 million inhabitants) as well as its commercial hub and transport hub; in short, it pretty much remains the unofficial capital!

If you are visiting Myanmar, there is a very good chance you will pass through Yangon as it remains the country’s major transport hub. Whilst you may be tempted to get straight out off the city to go and explore the Myanmar’s true treasures such as majestic Bagan, the steaming jungles or Mandalay, you should still set aside a few days to explore Yangon and feel the beating pulse of modern day Myanmar.

As George Orwell said in his “Burmese Days” novel, “Beauty is meaningless until it is shared”. With this in mind, we’re sharing Yangon’s epic beauty with you dear readers so without any further ado, here is our guide of the best things to see, do and eat in Yangon!

The spectacular Shwedagon Pagoda is one of Buddhism’s most sacred sites and by far the holiest place in Myanmar. Buddhist legend dictates that the site was made holy at the time of creation and some kind of shrine has occupied the spot ever since. The towering stupa is opulently decorated with 32 metric tons of gold leaf and contains relics from another of transcended Buddha’s. What is most striking (and Instagramble) is the forest of spires shooting up around the sight not to mention the showbiz-esque light show which illuminates the sacred spot after nightfall. Other notable spots around the Paya are the 8 day shrines (one for each of their 8 days of the week…), the statue of Wa Thon Da Ray (Buddhist Guardian of the earth) and a very, very big bell!!

There are a number of other stupas, pagodas, and temples in Yangon including, Rule Pagoda, Botataung Pagoda, Chaukhtatgyi Buddha Temple, Kyauktawgyi Buddha Temple, Kaba Aye Pagoda, Maha Wizaya Pagoda, Ye Le Pagoda. Whilst those short on time may wish to stick to Shwedagon, the other sites are well worth visiting if you have an extra day. Sule Paya is particularly interesting as it now occupies a traffic island thus personifying Yangon’s unique melding of the sacred with the mundane.

What makes all of these sights truly special is that unlike in the rest of SEA, observant robed monks vastly outnumber selfie seeking tourists meaning that Buddhism in Yangon is alive and well as a day to day way of life rather than a mere instagrammable relic. With this in mind please be considerate and dress modestly (covering legs and shoulders) and behave respectfully.

Do You Want to Travel FOREVER??

Then pop your email address in below and we’ll send you a FREE copy of ‘How to Travel the World on $10 a Day!’

Temple of The Last Mughal Empire

The grave of Bahadur Shah Zafar is located on Zi Wa Ka Street. Considered a Saint in the Sufi tradition, Zafar was exiled to Myanmar by the British where he died in 1862. Even though the Mughals gave the world its most famous and elaborate Mausoleum (the Taj Mahal) the resting place of Shah Zafar is actually very humble showing how far the Mughal’s had fallen by the time of his death.

Downtown Yangon was built by British boasting the most remaining Colonial-era buildings in all of South East Asia. Many of the architectural treasures are fast falling into decay and disrepair; whether this is borne of a lack of resource or the Military Junta’s deliberate attempt to eradicate remaining traces of Colonialism is debatable. The streets are also lined with food, market stalls, and book vendors so you can feed your stomach and your mind whilst taking a stroll. Our pick of the buildings here are Custom House and The Strand Hotel (does it get any more British?!) which is jam-packed with expats sipping cocktails like Kipling and Orwell before them.

If the racing chaos of modern Yangon gets a bit too much for you then head to Kandawgyi Lake for some peace, tranquility, and respite. The site is a man-made reservoir built by the British which now serves as a popular haunt for locals. The lake is best visited at sunset when local’s come on dates or with their families. The lake’s northern shore also hosts the weird “Utopia Tower”, a tower housing an art gallery (well worth a visit) and several massage parlors (best skipped…)

I’m a big fan of riding a city’s transport infrastructure as this offers a unique and genuine insight into a city’s fabric. Yangon’s Circular Train offers a whirlwind tour of modern the cities innermost being. The route does a loop of Yangon departing from the impressive Colonial Train Station and hurtling across the outer city through suburbs and rural areas. Expect to see Yangon-ees sat in their homes, vegetable sellers at work and lots and lots of rice fields!

The village of Dallah sits just across the river from Yangon and represents a more serene and traditional slice of Burmese life. What is most remarkable though is the short ferry ride which offers all of the charm and chaos of a Burmese ferry ride! This will also give you a great chance to rub shoulders with bemused locals. Dallah itself can be taken in in less than an afternoon so make sure you make a note of the return ferry time.

South East Asia boasts a legendary embarrassment of first-rate street food and Yangon holds its own. Walk the streets to find a bounty of cheap snacks including meat on skewers, bowls of Mohinga (noodle soup) and Bein Moun (crispy pancakes). The aforementioned Downtown area has a plethora of stalls as does Anawrahta or Mahabandoola Rds. Just be mindful that there is a lot of dust in the air which may somewhat spoil the flavor of your lunch!

If you fancy a more formal lunch as well as the chance to sit and rest your weary legs, Yangon also has a fast developing restaurant scene!

Yangonee’s may seem shy and reserved but actually, love to meet and talk with foreigners. One of the surefire ways to do this is by sharing a tipple with them. Beer drinkers should head for one of the beer stations where you can get a pint of refreshing local lager for next to nothing. These are male orientated environments although westerns of both genders are more than welcome. If you’re staying on the wagon in Burma then simply head to one of the tea shacks and sip Burmese tea whilst watching European Football!

Like any cool city, Yangon also has a hip underground scene where you can party until the wee hours!

Need to travel to Yangon on the cheap? Use Bookaway to find the best deals on bus, plane, train, and ferry tickets. It’s easy to use and saves you time and money. Once you’ve arrived, why not use what you’ve saved to treat yourself to a cold beer and a bite to eat?

Book your transport on Bookaway now to guarantee your seat and for the right price.

Aung San is considered the founding father of modern-day Myanmar although he was assassinated just 6 months before the country gained its independence from Britain. His youngest daughter, Aung San Suu Kyi, spent 20 years under house arrest and won the Nobel peace prize in 1991 for her non-violent protests against the ruling Junta. Aung San Snr’s house is open for visitors and has been preserved for posterity. Suu Kyi’s house, however, is one for the hardcore fans only as there is not much worth seeing now that the surrounding prison has been demolished.

Sitting nonchalantly beside the Zoo is Yangon’s eerie and haunting abandoned theme park! This is not exactly a legitimate attraction and is one only for urban explorers. Accessing the site is easy enough and doesn’t appear to bother the authorities. The rides and attractions are rusting and nature is taking over. This one is a highlight for those who like things big macabre! Bring lots of mozzy repellents as the bloodsuckers are out in force here.

The National Museum in Yangon is not the best presented, maintained or curated collection in the region but my God does it boast one hell of a collection of treasures! Here you can find relics of Myanmar’s colonial past along with royal and religious relics from its ancient kingdoms. Some of the architecture and interior design also sets new standards for bad taste and is widely derided.

Do you know that before the days of Netflix, people used to crowd around little box theatres and watch Puppet Shows? Well, they did. Myanmar was particularly reticent to embrace many aspects of 20th-century life and was consequently the tradition of puppet theatres is still, just about, alive in the country. Take your seat and watch traditional folk tales of men and gods, heroes and demons and good vs evil played out by some of the best made crafted puppets in the whole of South East Asia. The stories are also explained in English you won’t feel too lost.

That’s the highlights of Yangon. Once you’ve checked them out then I guess it’s time to board your train and explore the rest of Myanmar which remains our favorite country in all of South East Asia! 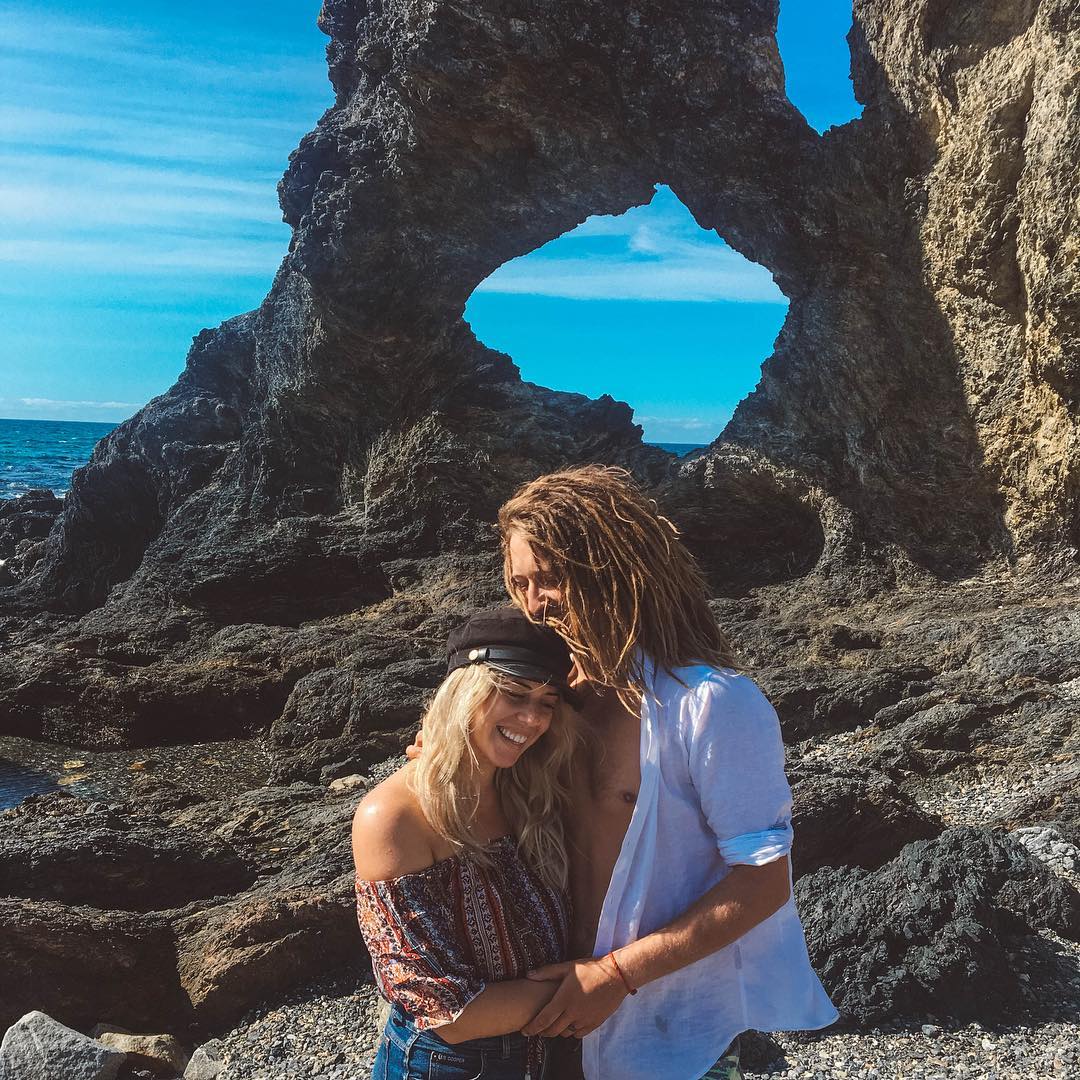 Right from the Americas to Down Under, the love-drunk couple have explored a lot of the globe while documenting it on their blog - Honeymoon Backpackers. Monique, however, has a special kinship for the chaos (and low low prices!) of Southeast Asia.

Our Favourite 'Living on the Road' Pack
Nomatic 40L Travel Bag
Check it Out
Destination Inspiration, baby!
Check out the list of epic backpacking destinations you MUST travel to in 2022.
Get Inspired