Iceland’s Disappearing Landmarks | What to See Before They’re Gone

Climate change is arguably the single most important crisis facing the entire planet. It is a dilemma far from under control; it is very real and very dangerous.

Iceland is feeling the impacts of global warming far more dramatically than most other countries. Glaciers account for most of the country’s landmass, yet they are shrinking at incredible rates.

Iceland’s residents have already watched one glacier completely melt into oblivion. The future of the other glaciers, as well as the rivers and waterfalls they produce, is very much in jeopardy.

Here is a list of things that you should see as soon as possible. They are being impacted by global warming, forever changing the landscape and endangering Iceland’s wildlife.

When you visit Iceland, please, understand that tourism is a double-edged sword. Iceland is a pristine country, free of trash and signs of human activity in their remote landscape. They wish to keep it that way.

Respect the land; travel sustainably; make the least impact you can.

The glacier named Okjökull was totally lost in 2019. Not one drop of its ice remains. At one point in time, a mere 100 years ago, Okjökull spanned 6 square miles.

Jökull has been removed from the name and it is now referred to as Ok since jökull is Icelandic for “glacier.” In its place is a plaque, erected in August of 2019.

“This monument is to acknowledge that we know what is happening and what needs to be done. Only you know if we did it.”

The plaque was placed at a funeral held for the death of the first glacier lost to climate change in Iceland. This is a sobering, but perfect place to begin your trip, putting things in perspective. No one will ever see Okjökull again. It exists only in memories and in photos.

Iceland is one of the premier locations in the world for watching Minke, Humpback, and Giant Blue Whales. They congregate here because there are schools of small fish for them to feed upon. This is, however, changing as well.

Baleen whales feed on plankton or the small fish that exist on the plankton, such as Capelin. Capelin has been a major source of income for Iceland fishermen for centuries, but they are all but gone from Icelandic waters. They’ve left in search of colder water.

This will, no doubt, impact the feeding ground of the whales and likely make whale watching less possible over the next century.

Minke Whales are the smaller species of baleen whales. They have a protected status through the Marine Mammal Protection Act.

Minke whales are baleen whales; they strain water through a structure at the front of their mouth that acts like a sieve. They take enormous schools of fish into their mouths and expel the water, swallowing the fish.

They are the smallest of the baleen whales, measuring as much as 35-feet in length and living approximately 50 years. Each year, roughly 350 Minke are killed from whale hunting despite being a protected species in most parts of the world. While they are not considered endangered, they eventually could be.

Minke can be seen hunting in groups of up to 400 whales off the coast of Iceland. They vocalize and raise their snouts out of the water, blowing spray into the air as high as ten feet.

They feed on Capelin and the lack of this fish in the waters surrounding Iceland may cause the Minke to move in search of food.

Their population had been reduced by 95% and it was only moratoriums on whaling that saved them from extinction, 35 years ago.

The Humpback is named for the clearly seen hump in their back and easily recognized by the trademark pectoral fins that are incredibly long. Reaching a total length of 60 feet or more, the Humpback is known for being incredibly self-aware and careful around divers. They’re curious and gentle.

The can be seen close to the shore, near the surface of the water, feeding on small krill and other fish. They need to eat roughly 3,000 pounds of fish per day. If the small fish go, so will the Humpbacks.

The GBW is yet another species of baleen whale. It takes roughly 4 tons of krill per day to sustain this whale, which has a heart the size of a small car.

The best time to view this species of endangered whale is from mid-June to mid-July as they are passing through. As the fish disappear, so will they.

The Puffin is a unique bird that may remind you of a penguin. It has a very colorful face, earning it the nickname, “Parrot of the Sea.” It can also fly, reaching speeds up to 55 mph.

Tours will lead you to the coast, where the Puffins nest April through August each year. They take over burrows created by rabbits or create their own. They nest near the cliffs that provide access to the ocean shore, where they feast on the small fish that make up their diet.

Iceland is home to more than half the world’s Puffins. A mere three-minute trip from Reykjavik, Puffin Island is home to one of the largest Puffin colonies in the world. An estimated 20,000 Puffins call the island home and make their nests there.

In 2018, the Icelandic Puffin was added to the Endangered Species list. This bird is an enormous part of Icelandic culture. The Puffin has been hunted as a game bird for many years and in 2013, the fear was raised that they were being over hunted.

Despite the early warnings and government-imposed limits on hunting, they were considered officially a threatened species just two short years later in 2015.

The fact that they also eat the small fish that are leaving, thanks to climate change, will not help their case. See these amazing birds while you still can.

Puffin and whale watching tours can be combined into day-long tours to see the most of Iceland’s disappearing wildlife in a short time.

Towns like Husavik have existed as fishing towns for centuries. Located at harbors, where ships could easily pass in and out, they were the original thriving epicenters of the fishing industry of Iceland.

One of the strange problems of climate change that no one had foreseen is that as the ice of glaciers continues to melt, there is less weight holding down the landmass. The earth is rising.

The problem with this is that boats used to be able to come in and out of harbors at any time of the day. Now, many find themselves in water too shallow to pass. They must now wait for high tide.

Combine this with the fact that the fish are disappearing and Iceland is left looking for ways to save their economy and their villages.

They are investing heavily in combatting climate change and saving their way of life. You should visit these picturesque, tiny harbor towns while you can. Huvasik is one of the most photographed harbors in all of Iceland for obvious reasons.

Husavik, according to the Icelandic Book of Settlement (Landnamabok), was the very first settlement in Iceland. The Viking, Garoar Svavarsson, once stayed for a winter. He left behind a Norseman named Nattfari, along with two slaves — one male and one female. The year was around 870 AD.

Tourists come to Huvasik for its history and whale watching. In fact, the Whale Museum is located near the downtown harbor. Many people fall in love with the small village of approximately 2,000 full-time residents.

The name Husavik means “Bay of Houses” and was likely named after those first three settlers who built the first houses here.

Even the Icelandic language is disappearing with more and more young Icelanders speaking English and losing their native language. Take care to learn a few words while you’re there.

The geothermal activity of this crater produces much of the power for Iceland. The island relies on hydropower plants for 70% of its energy needs. Geothermal makes up the other 30%.

On the way to the crater, you will pass the Krafla power plant. To get there, go East on Road 1 from Myvatn. After roughly 3.5 miles, you’ll see your left turn toward Viti/Krafla. Past the power plant, the road will eventually end. You’ll see the parking area that leads to the trailhead.

There is a trail that takes you around the rim of the lake that has formed in the crater of the volcano. It is said that the way to the right is a bit easier for those who don’t hike regularly. Wear sturdy hiking shoes as the trail can get slick. And certainly don’t stray from the trail.

The water of the volcano takes on a different color of blue, depending on the angle and the sunlight on any given day. The future of this crater is uncertain as the landmass is changing and the glaciers continue to melt. The earth is shifting and this may impact the volcano at some point.

Many of the waterways that are formed from the glaciers to the ocean are being used for hydroelectric but a future Iceland without glaciers and with dry rivers might see changes here as well.

Iceland: At The Center of Climate Change

As a country, Iceland knows better than all the rest, tomorrow is not promised. Things you do today can change the course of the future. What we do today will determine whether whales are still here for your grandchildren to view in 30 years.

Making an effort to save Icelandic culture and wildlife is a worthy cause, not just for Iceland but for the cultures around the world that they influence. Visiting these things is a way to learn about them, form a connection to them; a desire to save them.

Your tourism dollars help Iceland as well. They are a relatively wealthy country but the cost of fighting global warming is high. We all stand to lose too much and when we help Iceland, we are ultimately helping ourselves.

The best months to travel on these adventures will be between April and August. Check with tours ahead of time for bookings and best viewing dates, in case of weather or climate changes. 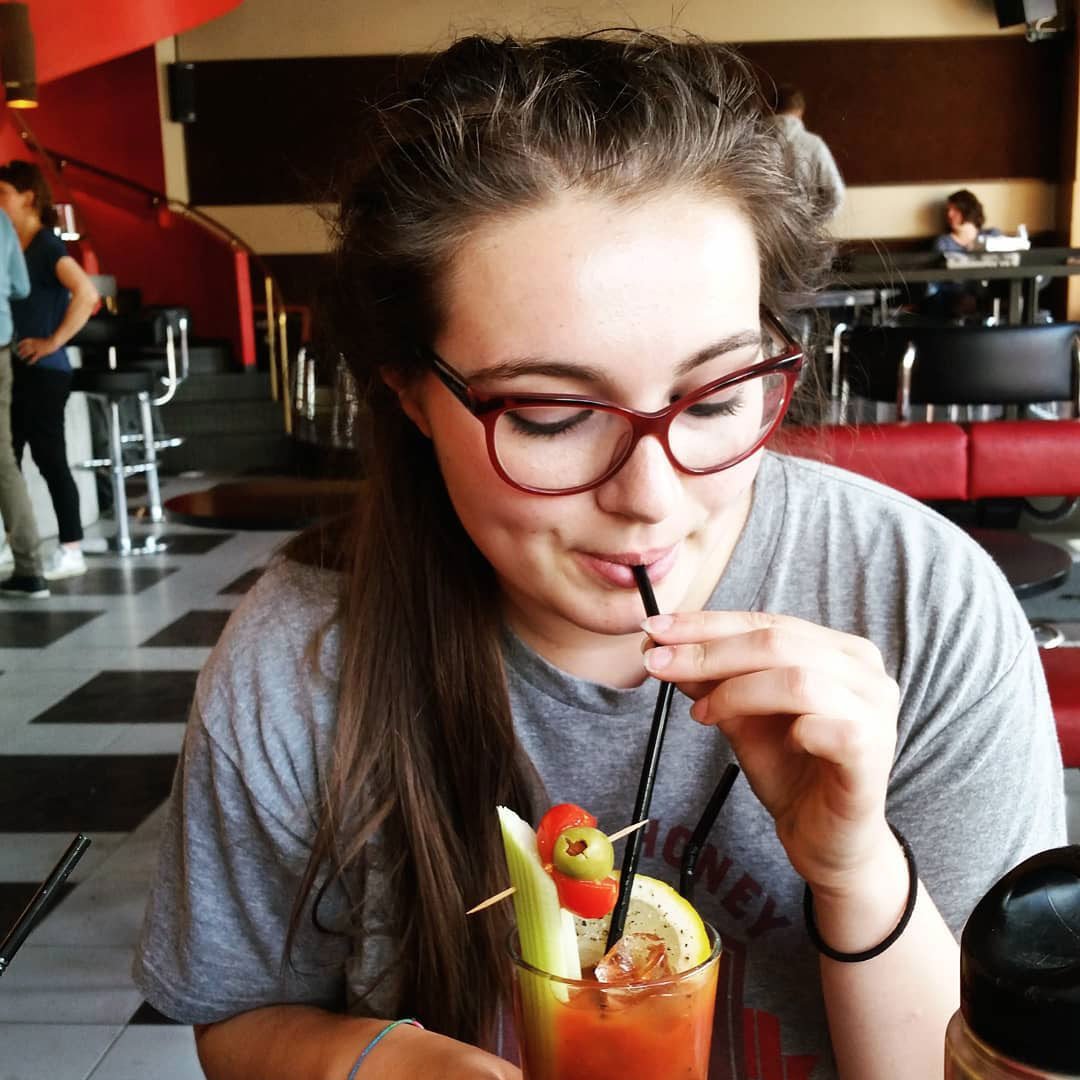 With a passion for the pen, travel, and tall hunky Norsemen, Christina always finds herself drawn back to the road. But only if the road leads to Scandinavia. Catch her latest stories and introspective musings on her eponymous blog Christina Grayt.

Pinterest
Twitter
Facebook
You Live Here Now
No more boring hotels... you deserve WAY BETTER.
Book an EPIC Stay
Is this the Best Hostel in the World?
Work, Rest & Play at TRIBAL!
Check it Out