Questions fly at me from a trio of military police, and I make out what I can with my own broken Spanish. Eventually, we give up trying to speak to each other and the police gesture towards a map. However, there are no towns or highways. Instead, the topography reveals jungles – dense thickets of foliage, dripping with dew and muffling bird calls and drum beats. Occasionally, the officers point out a village, shaking their heads and saying “no good”. They’re apprehensive of me, but helpful.

Boarding a bush plane out of Panama City a few hours earlier, I coasted over turquoise waters speckled with small islands before making the descent into this small town, north of the Colombian border. The tarmac jumps out of the surrounding jungle, half concrete, half dirt. Chickens scatter as the plane drifts to the ground, and I’m escorted into the police station by an entourage of curious villagers and machine gun clad police. As the engines of the plane fade back over the ocean, I’m transported back to an earlier time. This is why I came, lured by the mysteries of the jungle, the tribes and treasures hiding in the mist. I am the seeker, so foolish to come here, stumbling blind without internet or cell-service into the wilderness.

This is the Darien.

Situated in between where the continents collide on the borders of Panama and Colombia, the Darien Gap is one of the world’s most remote destinations. As a result of being a cross road of species and tribes for thousands of years, the Darien remains one of the most ecologically diverse regions luring scientists and adventurers alike. Unfortunately, Darien’s remoteness also conceals the Colombian drug cartels who use the Darien’s jungles to ship drugs into the America’s, making this a very dangerous destination. Darien offers the kind of adventure you see in movies; a traveler’s fortune.

The officers teach me the word Beeua Beuu, meaning “thank you” in the regional dialect called Embara. Armed with this knowledge and my backpack, I’m ready for the jungle.

I find lodgings in Sambu for eight US dollars a night. A local villager has turned his guest quarters into a ramshackle hotel upon my arrival. I get a hard bed, a fan, and a leaky hole that functions as a shower. I stroll through the village, my height and blond hair attracting stares. When I glance back, though, the stares turn into smiles and waves.

The next morning, a wooden canoe bearing two American explorers and their camera gear appears on the river. Paul and Joyce, I learn, have been taking extreme trips around the world for the past thirty years. Intrigued by their stories, I learned that they had hired a guide to take them as far up the river as Sambu. United by language and a sense of adventure, they agree to accompany me further into the jungle, past this last posting of civilization and into uncharted territory.

The following day we hire a local man for fifteen dollars to take us to the dubbed “Crocodile Lagoon”. After three hours of bushwhacking and sweating, we emerge from the thicket into the lagoon and are greeted by a squirming, chomping mass. Hundreds of crocodiles lounge in the opening, the mud cracking along their sun-soaked spines. We stand in silence and watch.

For the rest of the afternoon, our guide introduces us to the survival techniques of the Darien, showing us a variety of medicinal plants and insects. In the evening, we retire to Sambu’s bar, a simple hut on stilts on the edge of the river. The bar only serves two different kinds of drinks, but the salsa music makes up for it, pulsing into the jungle night and into the trees. At the bar, we meet a local school teacher named Marco who also speaks English. Marco agrees to be our guide on the condition that we let him practice his English.

We wake early to catch a minibus that passes along the only road through Sambu, probably the only one in the entire Darien province. The bus carries us past dense jungle interrupted by farmland before finally arriving at Bayamon. Bayamon is a small, tribal village, inhabited by a few hundred people speaking only Embara. The women wander past us, grass skirts swishing around bare ankles; the men wear even less. It feels like we’ve encountered a real adventure.

The village elder greets us, asking us for a donation of ten US dollars. He gives us a tour of the village, taking us into homes and showing us the Embara culture. He invites us to return tomorrow, agreeing to have his son take us further into the jungle.

The next day, the Elder’s son takes us into unmapped territory. We enter the bush and are greeted by a racket of monkeys, birds, and strange, large insects. We come upon a lagoon, bright blue but opaque. He invites us to swim, but we are greeted by small, piranha like fish taking bites from our ankles and calves. Arriving back at the village, he takes us to his mother’s house. She has prepared traditional body paint, and offers to body paint us. My arms, back, and chest are covered in a pattern of swirls and lines. Created from the Jagua nut, the paint acts like a natural bug repellent. As we walk through the village that evening, I notice the villagers weaving baskets and masks out of reeds. They take these to market in the mainland to sell to tourists, and to the few who venture this far out.

In the morning, we hire a canoe to take us down the river towards the Colombian border. The wooden boat navigates through tight water channels, the overhanging canopy hugging the banks and brushing our necks with morning dew. At times the river tide goes out and we are forced to portage the canoe.

After about four hours, we arrive at a small settlement called Boca de Trampa. The village is made up of seven grass huts and a handful of Embara families. Marco explains that this is where he grew up, but had not returned for almost twenty-five years. Not much has changed, he says. The people gather around us, offering a plethora of strange animals and foods. We try a small nut that tastes like an egg; a square banana that tastes like cream pie, and best of all the Bodohol, the taste of which is indescribable but incredibly good. I sit back and soak in my surroundings, the trees and the round, smiling faces, amazed and grateful for where I am and how far this world has taken me.

The following day, my American friends begin the journey back to Panama City, leaving Marco and I to explore some more. Back in Sambu, he finds me a bike and we make the trip to the school where he teaches. He allows me to guest teach for the day, practicing English with his students. Later, we ride on towards his farm, where he shows me the lay of the land. Together, we climb trees and gather fruit.

Marco also takes me to the sugar cane smelter, and one of the best views in all of Darien. Here, we are greeted by the expanse of the jungle, of the volcanic peaks rising up, and small villages like ships in a sea of green. Exhausted, Marco invites me into his home. I eat dinner with his family, a small spread of fried plantain and local venison.

On my last day in the jungle, I sit and wait on the patchwork runway, waiting for a plane that may never come. As the sun peaks in the sky, cracking the dirt on my face, I think about where I am and what I have witnessed; the new friends I’ve made and the experiences I’ve had. Everyone thinks you’re crazy when you head off to unknown, uncharted corners of the world, but the most remote places hold the best secrets and the biggest lessons. We become explorers in our travels, not just of the world, but of life.

This time, when the plane finally breaks the horizon and the chickens scatter into the bushes, I am the one standing with my face towards the sky, curious about what this winged machine will bring next.

Hey, I’m Stephen Gollan, an intense battle hardened traveling guru who’s been globetrotting for the past nine years. My style of traveling takes me riding motorbikes over the Himalayas, sipping tea in a bazaar in Kabul or dodging bullets in the streets of Libya. I travel to where other travelers dare not to go, and the people I meet there are unlike any other. So if you’re ready to leave the safety of the beach resort and tag along with me on an adventure – usually including getting tattooed by tribes and freediving with sea gypsy’s – then check out my new blog Uncharted Backpacker, and see what amazing places in this world have yet to be discovered. You can also connect with me through various social media at my Facebook, Instagram, Pinterest, and Twitter. 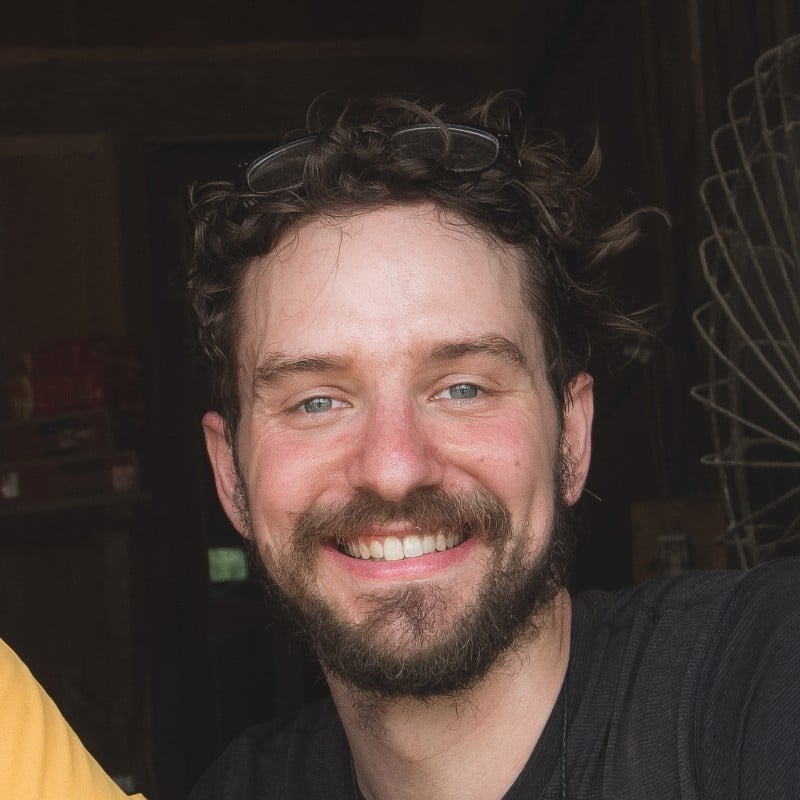 Stay SAFE... Stay EPIC!
Travel insurance means peace of mind. What’s stopping you?
Get a Quote
What is the best travel backpack?
Glad you asked… cause we’ve got the answers! Find the pack that suits YOU.
Read the Post