As any number of deeply inspirational Facebook memes will tell you, traveling can be an incredible experience. Meeting foreign cultures and fellow travellers, exploring ancient jungles, lazing on sun-drenched beaches and somehow managing to keep down exotic foods certainly sound appealing. Indeed, most of the time, traveling is all fun and games. But it isn’t always. In fact, backpacking can sometimes involve quite a lot of dangers abroad especially if you are keen on dangerous activities.

Sometimes I long for those naive days of my youth when I had not yet been exposed to the harsh realities of backpacking and begging your parents for a Western Union transfer. Alas, those days are behind me now, having receded almost as far as my hairline, but what I do have left over after these years in the field is a keen sense of self-preservation.  In this article, I’d like to share with you some of my more precarious experiences abroad, some of the ‘dangerous activities’ as I’d like to call them. You’ll see that travel insurance is generally money well-spent.

After graduating high school, I wanted nothing more than to explore the world and embark on a voyage of self-discovery. Somehow, I ended up in Tijuana, Mexico, which at the time was one of the more dangerous places in an already troubled country. As far as finding yourself goes, I’m fairly sure I didn’t find me there. What I did find was a pleasant enough beach several miles out of the city, a disturbingly large number of strip clubs, and several touts inviting me to come witness a donkey show. Although I have myself not been exposed to the latter activity, which I would imagine is mainly dangerous for the performer, those who have generally do not enjoy discussing the experience. As far as dangerous activities go, Tijuana is clearly swarming with them!

My parents and other family members had repeatedly warned me not to go to Tijuana unsupervised which is why, being the adventurous 18-year old with a lush head of curls I was, it seemed like the best idea in the world. I installed myself in a pensión in Tijuana beach, and for a while, things were going rather well. Unfortunately, I one evening had the bright idea of going out to discover the city nightlife.

I took a taxi to Tijuana city and sat down at one of the less depressing-looking bars. I was soon approached by a young Mexican fellow who bought me several rounds of drinks and who all in all seemed friendly enough. This was, in hindsight, my second mistake. Strangers usually don’t buy you drinks unless they have a very good reason to. After a while he suggested we go find some girls, which again seemed reasonable enough at the time.

After a long walk we arrived at what looked like a hotel and we ascended the staircase, where we were joined by another young gentleman. Suddenly, the mood soured, as both men pulled knives and put them on my throat while rifling through my pockets. When they had finished with my pants, they attempted to cut off my necklace, but I explained that it had significant sentimental value to me and was of no use to them. They relented. I then asked for a dollar back for the taxi home, which they generously gave me. I decided that as far as robbers go, these two were alright. They did however make off with a great deal of cash as well as my passport. As far as dangerous activities go, I kinda pushed it in Tijuana.

Moral of the Story: Don’t go to Tijuana

Pop your email address in below and we’ll send you your copy of the Backpacker Bible for free – learn how to travel on $10 a day!

Those familiar with the European festival scene may have heard of Exit Festival, held in Novi Sad, Serbia. After having accidentally booked my flight three days later than my friends, I finally arrived at the campsite outside Petrovaradin Fortress, an impressive landmark and spectacular location for an electronic music festival. A traveling merchant promptly offered to sell me some Marijuana, and I gladly took him up on his offer. It really didn’t seem like one of them ‘dangerous activities’. It was a concert after all!

Later that day, we began to make our way to the festival grounds in the sweltering heat. It was well over 40 degrees Celsius and we were all ill-prepared for the climate, but we hadn’t come all this way to lie sweating in our tents. At the time, I was relatively inexperienced in smuggling narcotics through festival checkpoints, and I thought that my tobacco pouch was a perfectly suitable location for hiding my weed. I was wrong.

The guard lost no time in opening up my tobacco and, upon taking a deep whiff of its contents, quickly clapped me in handcuffs and handed me over to one of his burlier colleagues. This colleague then marched me over to the police wagon bent over while my friends cheered me on for reasons which are unknown to me to this day.

It was dark inside the back of the police wagon, and my danger sense was tingling, but at least I had company. Unsure of what was awaiting us inside the police station, my fellow arrestees and I decided to stick together in case we were beaten, or worse. Luckily, it didn’t come to that. All of the busted festivalgoers were locked up together in what seemed like a large classroom, and the atmosphere was actually quite jovial. I wasn’t too distressed aside from the fact that I missed the only two acts I had come to the festival to see, Deadmau5 and Beirut, because I was locked up in a Serbian jail. The sleeping arrangements were non-existent, but I managed to curl up on the floor and doze off until daybreak.

The next day, we were summoned to see the judge. I was made to wait till very last, which according to the warden was because I had long hair and an American passport, which to me at the time did not seem like very good reasons for detaining someone. I only later remembered the NATO bombing campaign on Serbia, but I still can’t explain the long hair. After finally being summoned, the judge initially demanded the princely sum of 600 euros, but after some bartering with the assistance of my assigned public defender, I managed to get her down to 500 euros. A quick walk to the ATM with a police escort later, I was free to return to the festival. I doubt most travel insurance plans cover drug-related money issues, but it never hurts to ask. At least it may cover your less dubious dangerous activities.

Moral of the Story: Hide your weed properly

I didn’t mean to spend half a year on Koh Phangan. I’d imagine few people do. However, things have a funny way of defying your expectations. I washed up on Koh Phangan after the outstanding Experience Festival on Koh Tao, a five-day long Psytrance extravaganza which I’d recommend to anyone looking for a special way to blast into the New Year.  The owner of a beach-side resort, a Polish woman with a brusque but lovable manner, was kind enough to let me stay right on the seaside in Baan Tai. I pitched what was left of my tent under a tree. Little was I to know this tent would be my home for the coming months.

One day I was on my way to the infamous Guy’s Bar party on the east coast of the island, and I somehow (i.e. drunkenly) dropped my wallet in the back of the 4×4. According to eyewitness reports the wallet had been taken by a youngster traveling with us in the cab, but after several hours spent trying to find the little scamp, I decided that the best option was to go to sleep. The next day, things looked very different.

With little more than a throbbing headache to my name, my cash and bank cards now in the possession of some young hoodlum, I sat on the coast and mulled over my options. Luckily, there weren’t many. I felt I’d already exhausted my parents’ generosity in terms of Western Union transfers, and from what I’d heard, having a bank card sent over from Europe took at least a month and a half. It was then that I decided to become a resident of Koh Phangan.

I applied for a job at the guesthouse I was squatting and was quickly hired by the aforementioned Polish lady, presumably out of pity more than any specific qualifications. My wages were being allowed to move my tent closer to the toilet, access to the fridge, and five Euros a day. As far as I was concerned, I’d struck gold. Thus began some of the most interesting months of my life, but that may be a story for another time.

As it happens, I also lost my phone during these months, and an unsuspecting Thai person (I’m assuming) used my Dutch subscription SIM card to make no less than 700 euros worth of calls. They’re not kidding when they say Koh Phangan is expensive. It did indeed take several months for my new bank card to arrive, but by then, I already considered myself a Koh Phangan native. Looking back, while seemingly negative events can lead to very positive experiences, it’s always nice to have some money.

That’s it for the first part of ‘Learning the Hard Way’. If you’re not tired of reading about other peoples’ misfortune (or stupidity), or just like reading up about “dangerous activities” tune in for Part 2 coming soon!

Even if you don’t get insurance with World Nomads, Please do get some sort of insurance from somewhere, there are lots of decent options online. Do not indulge in dangerous activities without one! 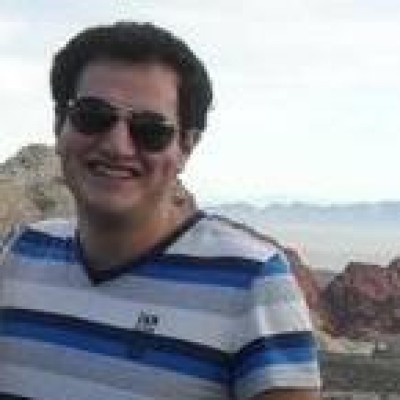 Based in the mountain town of Pai, Thailand, my interests include partying, traveling and sleeping. Preferably a combination of the above.

Our Favourite 'Living on the Road' Pack
Nomatic 40L Travel Bag
Check it Out
Destination Inspiration, baby!
Check out the list of epic backpacking destinations you MUST travel to in 2022.
Get Inspired