What started out as a one man travel blog has grown into an epic adventure family! Many of the Broke Backpacker family met Will on the road and the whole family is passionate about travel. At any one time, several of our team are on assignment around the world exploring new countries, updating our epic backpacking guides, reviewing gear or designing adventure itineraries. Let’s learn a little about the people of The Broke Backpacker and how they kick ass!

The original Broke Backpacker, Will has been on the road for ten years. He is passionate about real adventures, freedom and entrepreneurship.

An SEO ninja and a system building guru, Will is data and results-driven. With an inability to sit still, Will is usually found either high up a mountain or deep in a new project.   Will is currently living in Bali with Chimmigi and Kiki, his much-loved dogs. In 2020, Will’s first Tribal Hostel (a digital nomad coworking hostel) will be opening in Bali. 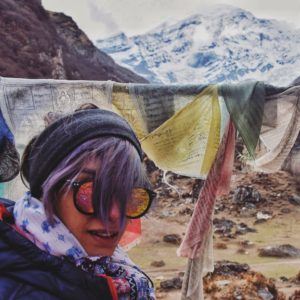 Nina is a keen photographer and is responsible for many of the gorgeous images and design elements on TBB. She met Will in 2016 and the two hitchhiked across Iran together. Nina often goes on epic solo adventures and when she isn’t traveling is based in Bali.

Nina oversees a lot of the aesthetics of the blog and is in charge of making everything look nice and pretty. If we’re being honest though, she’s probably thinking more about what shade to colour her hair next

Endlessly patient, Clair is a font of wisdom and humour when trying to figure out how the hell we’re going to pull stuff off. A logistics superstar and admin goddess, Clair helps keep everything moving on TBB tours and runs a lot of the behind the scenes stuff of the blog.

Clair is enjoying her newfound freedom and traveling as much as possible. She splits her time between her two homes – England and Australia – by visiting pretty much everywhere in-between. She was last seen somewhere in Thailand.

Ralph enjoys visiting the lesser-known landscapes of the world and has ended up in some pretty strange and wonderful places. Recently, he spent eight months travelling around Africa, the Middle East, and Europe. Ralph is our resident photography guru and puts together some of the best photography resources on the web – period.

Ralph is currently the creative lead at The Broke Backpacker and moonlights as a tour guide with Epic Backpacker Tours. When he is not tinkering with the website, he is usually on some new adventure. He plans on leading new tours in Kyrgyzstan in 2020.

Chris is an adventurer from California and a big fan of low budget travel to far-flung lands. He lives in a self-built tiny house in France and helps run TBB tours to Pakistan. When not writing, trekking, or cooking, he can be found driving the backroads of Southern France in his 1982 Westy Volkswagen bus named “Frida”, bound for the local rock climbing venues.

Chris is Co-founder and tour operator of Epic Backpacker Tours. When he’s not organizing and leading new tours in the likes of Pakistan, he’s out researching new destinations. Recently he did recon missions in Kyrgyzstan and to K2 Base Camp – stay tuned folks.

Aiden and Will first met in Venezuela in 2016 and have worked together ever since. Their shared adventures include trips to Pakistan, India, Bali and… Crawley.

When not (terribly) DJing Psytrance, Aiden is an explorer of uncharted countries and under-rated museums. As a master negotiator, Aiden represents TBB with brands. Recently Aiden led two tours in Pakistan and everybody survived!

This guy was found wandering & confused in the hill country of South America. Now Art is an SEO and content scaling guru… We’re almost certain his power is derived from his hair – do you know anyone who has locks like those?

Art can be found in Bali for the near future. You’ll likely see him in a cafe, ordering round after round of V60 pour-overs. We let him, though, because all that caffeine high is lovingly channeled into The Broke Backpacker. In 2020, Art will be spearheading the growth of several exciting new ventures… 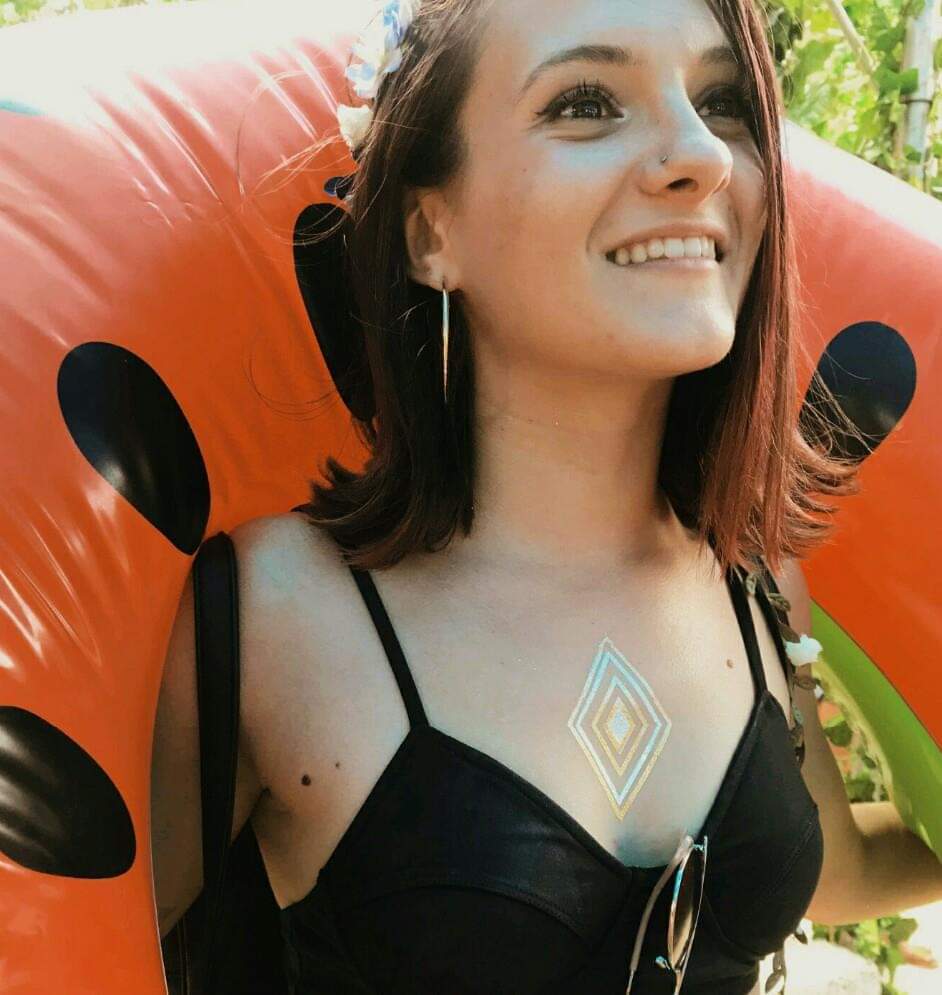 A self-proclaimed travel-yoga-freak, Mathilde is French, raised in Brussels, and spent most of her adulthood in Sydney. Currently located in Europe, she’s the go-to for adding in some extra special sparkle to Broke Backpacker content.

Maybe you’ve seen Mathilde around?! You’d recognise her in Warrior-2 pose and chatting charmingly in a strange British-American-Australian-French accent. She plans to spend the remainder of 2019 balancing wellness and la vida loca in Central and South America. 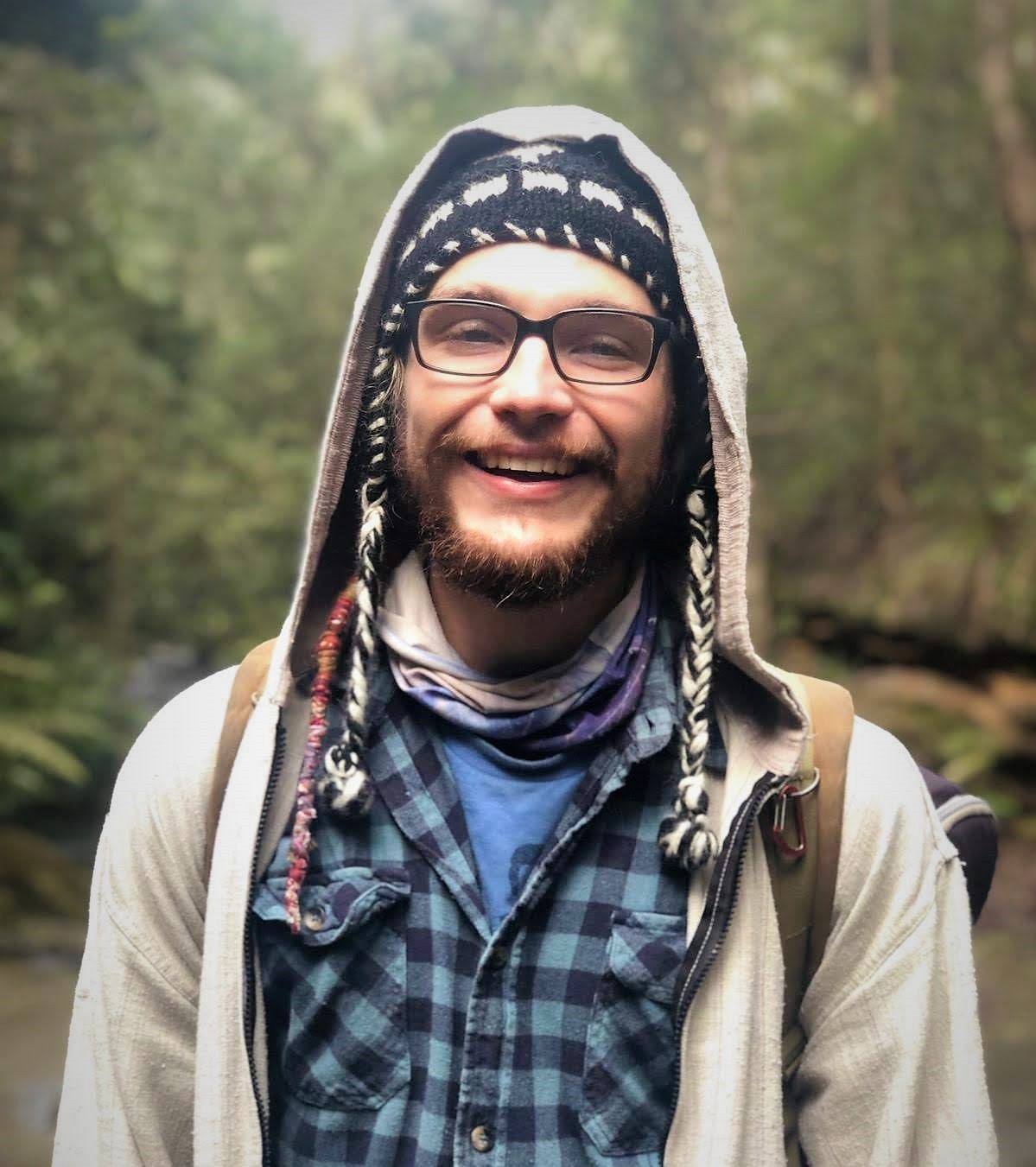 Still confused as to exactly how he landed this gig (as we all are), Ziggy writes location guides, gear guides, and tales of grand adventure for The Broke Backpacker.

Ziggy excels at finding the tastiest of spliffs, the yummiest of local food, and the people as weird as he is. These days, he doesn’t really live anywhere but sometimes visits his home in Oz for a mum-cooked meal and boogiez wit’ da boiz.

One moment you’re smoking a joint on a mountain in Japan and the next your boss is screaming: “Zigz, get off your ass! Sri Lanka’s waiting. Do some epic shit and write about it.”

An adventurer and backpacker at heart, Carryn is a South African living in Bali. When she’s not working (hard), she’s updating her bucket list with epic adventures and enjoys hiking, scuba diving and exploring off-the-beaten track destinations.

Carryn has spent the past few years traveling around Asia and eating her way through the delicious local cuisine. Speaking of food, her favorites include Dak-galbi from Korea and if there one thing she misses, it’s a good old’ South African braai!

Lu Frey is a Crossfit freak from Germany – usually found dying in the gym, working on the computer, or watching cooking shows on Netflix.

Currently living in Bali, Lu has (successfully) been escaping “real life” and university for the last two years. As the most antisocial person in Bali, she only comes out of her home if there’s good food, close friends, a hard workout, or amazing music involved. 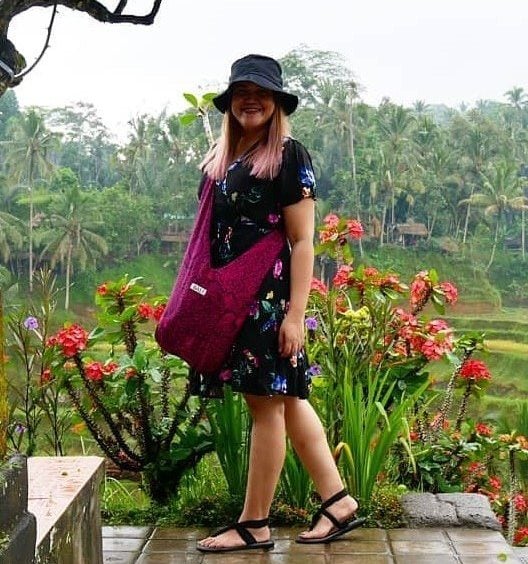 When she’s not poring over Broke Backpacker content with her all-important critical eye, you might see Renz at one of her favourite cafes plotting just how she’d make this cheesecake ten times damn better!

Living in ever-bustling Manila, Renz is tempted out of the house for quieter activities such as concerts, cinema, and downtown people-watching. Renz plans world domination through a chain of stores showcasing her boutique baked cheesecakes and other goodies. Her love for Korean TV dramas cannot be understated. 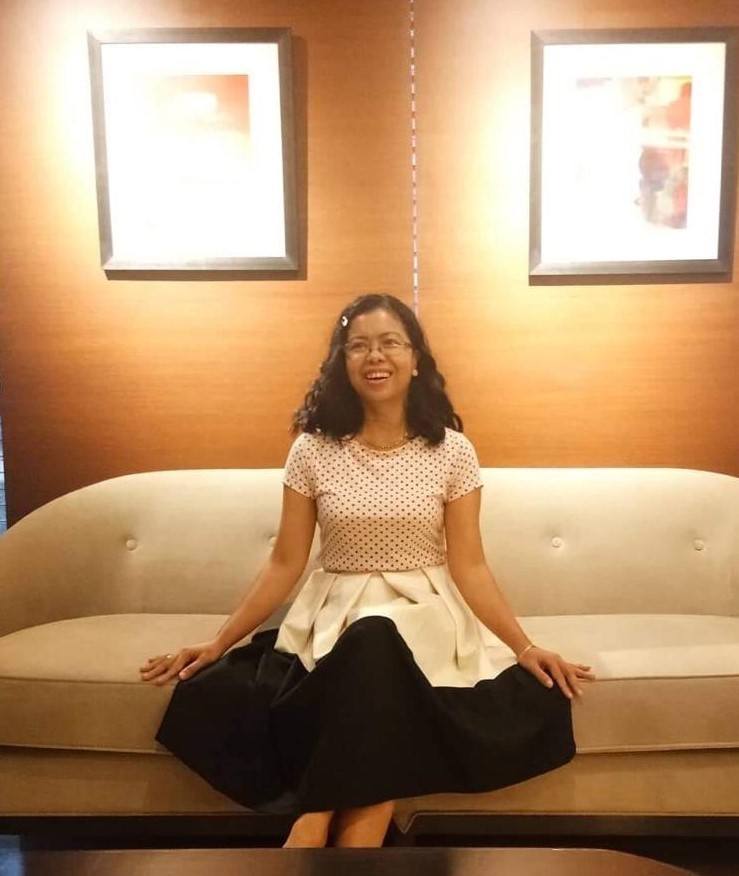 Bernadetth is a legit hustler, handling spreadsheets, numbers, content and images like a 7th-year wizard! Ever the optimist and ever the introvert, her most inspired moments are spent at mountain peaks.

Bernadetth calls the rural areas outside Manila her home. She’s a big-city girl with aspirations of settling down on some land to build an apiary and a personal library.