Exploring the Kalash Valley in Pakistan

The sound of the drums could be heard from all over the Kalash valley while, tens of young people, including plenty of girls wearing some very exotic and colorful dresses, were dancing to the music. The local men at the party were continuously offering me both home-made wine and some fruity liquor which tasted surprisingly good.

I wanted and try to enter the dance floor where, between smiles and flirting, it was nearly impossible not to make eye contact with one of those beautiful, blue-eyed girls who, shyly, returned my look with a timid smile, inviting me to grab their arm so I could join the dancing.

I was a slightly drunk, dancing with girls and in one of the remotest areas in Pakistan, only a couple of kilometers away from Taliban-controlled zones of Afghanistan.

But guess what: I was attending a festival in the Kalash Valley, a region located in the northwest of Pakistan and inhabited by the Kalash people, the last Pagans in Pakistan.

In 2017 we ran our first adventure tours to Pakistan. This was an awesome success and in 2019 we will be running at least four more adventures to this amazing country.

Ready to explore the BEST of Pakistan?

Each year, we are leading new and EXCITING tours in Pakistan. Join us on the next! Sign up below to receive trip updates and SPECIAL offers.

Kalash Valley – Home to a Pagan culture in Pakistan

In the 3rd century BC, on his mission and journeys through the Hindu Kush range, Alexander the Great and his troops left their footprints and descendants to what is today called the Kalash Valley, home to an ethnic community in Pakistan who are blue-eyed and have fair skin.

Yes, that’s right. In one of the remotest parts of Pakistan, there is living a tribal group who, after carrying out several DNA tests, have claimed ancestry as descendants of Alexander the Great and his army, meaning that they are direct descendants of the ancient Greek-Macedonian people.

This is one of the most popular theories but, in fact, over the last decades, the Kalash people have called the attention of numerous anthropologists from all over the world, who conducted several studies, trying to figure out where do they actually come from. However, many of them have shown different results and conclusions, which means that the actual origin of the Kalash tribe remains unknown.

Nevertheless, wherever do they come from, most anthropologists agree that the Kalash people have a clear European descending.

Before going to the Kalash Valleys, I spent some amazing days wandering around the Swat Valley, a beautiful forest region inhabited by the Pashtuns, an ethnic group characterized by their fundamentalist ideas about Islam. In the Swat valley, most women wear the faceless burqa.

When I arrived in the Kalash Valley, only a couple of kilometers away from the Afghan border, and saw the huge contrast between the Pashtun Muslim women and the Kalash women, it was sort of a shock. Unlike in the traditionally conservative Pakistan, the Kalash women tend to be more liberal, as they hang out together with man, may have a boyfriend from a young age and even choose whoever they want to marry to.

To some extent, this cultural behavior might be understandable, as the Kalashi are not Muslim but they follow a sort of animism religion which, for centuries, has been described as pagan. The Kalash religion claims that there is one God called Dezau and they worship, and even sacrifice animals, to some kind of spirits in outdoor temples. Since they don’t have a Holy Book, people will tell you different stories about their gods and religion. Every person I asked about it, told me different things and, even if you look on the internet, the information is also contradictory. For example, some sources say that they are polytheists.

The life today in the Kalash Valley

Today, around 5,000 Kalash people live across 3 different valleys (figures are highly argued). Due to their remoteness, very far away from the civilization, today, the Kalash people live a traditional, rural life which still remains pretty untouched. Most families rely on the sun to have electricity, don’t have running water, are self-sufficient and live in wooden shacks. To be honest, life is quite hard here as they have very long, freezing winters and, unlike people from other parts of Pakistan, during winter, they don’t move to the cities but they remain in the valley.

However, if you come in the right season, when the weather is pleasant and you see all of those happy, gorgeous women, fitted in their traditional dresses, who will likely invite you to have some tea or even better, to drink some home-made wine, it seems that you came to the happiest place on Earth.

Because no matter which day of the week it is, the Kalash women always dress up in very colorful dresses which, by the way, one day I grabbed one of them and they are damn heavy, especially the part that they put on the head.

Me: Why are you always wearing them? Isn’t it uncomfortable?

Some Kalash girls: Yes, it is, but our commitment to keep our traditions is one of our most important values.

Wearing those heavy dresses is not the only tradition they keep but also, they still have some very bizarre superstitious beliefs. For example, in every village, there is an isolated house where they keep all the women who are in their period, with no exception. They are forced to remain in the house for the time being because they think that a woman wandering around with her period would bring bad luck to the family. You can actually check out this houses from far away and see some women hanging out in the garden. But don’t take pictures!

The Kalash culture which is in danger of extinction

But, unfortunately, not everything is as pretty and great as it sounds. Over the years, for several reasons, many Kalash converted to Islam, abandoning their pagan beliefs. Actually, it all started in the 19th century, when the Kalash were conquered by the Muslim Afghans, who destroyed all their temples and forced them to follow Islam. The ones who survived this brutality were living in the current Kalash Valleys which would later become Pakistan.

During the past decades, around 50% of the total population in Kalash have converted to Islam. In addition, a large population of original Muslims has decided to settle in the valleys and, as you may imagine, they are also building mosques and complaining about Kalash women for not being covered. This is originating some big levels of discomfort in their society. Who knows how the situation will evolve in the next upcoming years.

When I traveled to, I was lucky enough to visit the Kalash Valley during the Chilam Joshi Festival, a cultural event which takes place every year around the end of May. It’s a 4-day festival which happens across the 3 valleys, where people not only drink, dance and have fun in general but they also worship their gods and spirits, giving offerings and even sacrifices. Also, is during this festival when some young men and women choose their future husbands and wives, in the middle of the dance. Attending this festival was, definitely, one of the highlights of my journey.

Bordering Afghanistan, the Kalash Valleys are located in the northwest of Pakistan, in the Khyber Pakhtunkhwa, in Chitral District.

How to get there?

If you are coming by public transport, you will have to go first to Chitral, the capital of the district. You can come to Chitral from either Gilgit City (24h journey, overnight in Mastuj) or the Swat Valley (18h journey, stop in Timergara). If you are in the Karakoram Highway, you can also go from Gilgit through Mastuj but it’s a long 2-day journey.

The different villages are spread across 3 different valleys, so you should first decide which valley do you want to go. The three main valleys are Bumboret, Rumbur and Birir. Bumburet is the biggest village, hence the most commercialised one; whereas Birir is, perhaps, too small and there is not much going on. I suggest you go to Rumbur, which is very authentic and big enough to keep you busy for a couple of days.

Whatever valley you go, you should first go to the village of Aini (30km away). From Chitral main bus station, there are mini-vans (20PKR), as well as shared taxis (100PKR), going there.

In Aini, you can take one of those local pickups (100PKR) with 20 other locals hanging from the back of the car with their chickens and their goats. It’s quite an experience, as well as a tough journey which goes through a pretty bad mountain road.

By the way, If you want to go by private taxi from Chitral, you will pay around 10-15USD.

Due to its proximity with Nuristan, a Taliban-controlled area of Afghanistan, all foreigners USED to have to go to Kalash with a police escort. This is no longer the case, the area is considered safe and no permits are required.

There are several homestays across the three valleys. If you go to Rumbur, I recommend you stay at Engineer’s Guest House. Engineer (this is his actual man) is a local, kind man who speaks very good English and will try to make your stay unforgettable. Price varies and it’s quite negotiable. When I was there, there were a few other foreigners and we all paid different prices. However, you should pay something between 10-20USD, including accommodation and three meals a day.

Responsible tourism in the Kalash Valley

Please, remember that the different villages across the valleys are not zoos where people in colorful dresses live. It’s all right to take pictures of them but always try to have some human interaction first. The Kalash people are actually quite friendly and they like foreigners but they don’t like people who come to their villages, take pictures and leave. Instead, go walking around the area, smile and try to talk to them. Always accept chai (local black tea with milk) invitations and ask for permission to take a picture first. 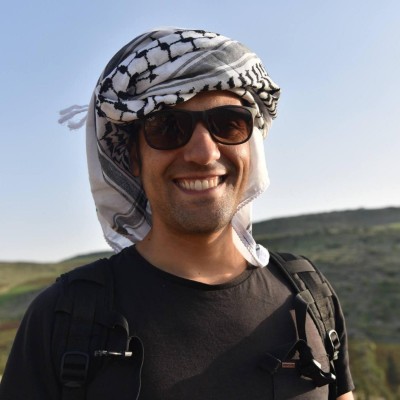 From Sudan to Pakistan and Central Asia, for the last few years, Joan Torres has been traveling non-stop to real off the beaten track destinations which don’t tend to be on most traveler’s bucket list. He tells about it in his blog Against the Compass , where he writes real inspiring travel stories, as well as extremely comprehensive travel guides. Follow him on Facebook and Instagram.

Join us on an EPIC journey...
We’re leading EPIC tours to some of the last adventure frontiers. Short on time but want an incredible experience? We got you covered! Signup below to be the first to know about new tours and exclusive discounts.
Too much epic