Everybody knows that Machu Picchu is THE place to visit in Peru. However, there are many other fascinating Inca sites that are worth a visit, and most are within easy reach of Cusco. If you are backpacking on a budget and can’t afford to visit Machu Picchu, or simply want to explore more, the Sacred Valley is filled with Inca ruins to discover.

By no means should you skip the Inca ruins of Machu Picchu. I mean, look at them!

Another Inca site in Cusco – and conveniently also one of the easiest to visit – Sacsayhuaman (or Saksaywaman) lies on the hill above the ancient Inca city. What’s the pronunciation of Sacsayhuaman? (This is the fun part…)

The name actually means ‘satisfied falcon’ in Quechua, the language of the Incas (that’s less fun).  Located on the mountain overlooking Cusco, these particular Inca ruins were the capital of the Inca empire.

The Incan city was designed in the shape of a jaguar, with Sacsayhuaman as the head. Built like a fortress, but more likely used for religious purposes, Sacsayhuaman was constructed using huge stones that fit together so well that not even a pin could fit between.

Some of the stones are massive, weighing in at nearly 300 tons, so it is hard to imagine how the Incas could build it with such precision and expertise and without the use of mortar.  Now all that remains are the stones which are too big to move; the Spanish destroyed the rest and built colonial Cusco using the remnants of the Incan ruins.

If you’re feeling energetic, you can walk up to the Inca site from Cusco, or hop in a taxi if you’re struggling with the altitude as I was. Some tours to other Inca sites also include a visit to Sacsayhuaman, so check what is included before you double up on a tour.

Every year, Peruvians and tourists from all over the world come to Sacsayhuaman to celebrate Inti Raymi, the Festival of the Sun which marks the summer solstice on 24th June.  It’s a spectacular festival so the prices will be sky high during that week but if you can time your visit to coincide you will be in for a hell of a party!

An hour’s colectivo ride away from Cusco is the town of Pisac.  Now known for its vast market and hippy vibe, the real draw of Pisac is the Inca site of the same name.  The Incas built Pisac high up on the mountain – they really liked a good view!

You can hike up to the Incan ruins taking a path behind the marketplace or, alternatively, take a taxi. Your choice may depend on your fitness and how well you have adjusted to the altitude.  I decided to take a taxi up, and walked down so I had the best of both worlds!

When I visited in the afternoon, Pisac was quieter than some of the other Inca sites which was a pleasant surprise.  Despite the path down not being particularly well signposted, I still managed to find my way with the help of other visitors and an occasional warden.

Wandering through the ruins, you will find examples of Inca’s temples, a citadel and agricultural terraces.  The views are, of course, spectacular, and across the valley, you can also spot hundreds of holes in the mountainside: Inca tombs which have since been plundered by graverobbers and are, sadly, off-limits to visitors.

Drink water from ANYWHERE. The Grayl Geopress is the market’s leading filtered water bottle protecting your tum from all the waterborne nasties. PLUS, you save money and the environment!

Single-use plastic bottles are a MASSIVE threat to marine life. Be a part of the solution and travel with a filter water bottle.

We’ve tested the Geopress rigorously from the icy heights of Pakistan to the tropical jungles of Cuba, and the results are in: it WORKS. Buy a Geopress: it’s the last water bottle you’ll ever buy.

Buy a Geopress! Read the Review

Moray is different from the other Inca sites in the Sacred Valley as it appears to have been designed as an agricultural experimentation centre, not for residential or religious purposes.  The Incas were skilled farmers, building terraces on the side of mountains to stop the nutrients and water from washing down the hillside.

Here at Moray, archaeologists believe they were experimenting to find the perfect climatic conditions to grow their crops.  Moray’s circular terraces are unique exhibiting 15°C temperature difference between the top and the bottom of the terraces. The Incas knew their stuff!

Although this site is more challenging to get to on your own, it is possible by public transport and a bit of luck.  We took a bus as close as we could get, then a taxi for the last leg.  However, we couldn’t find transport back so we hitchhiked to the nearest town and then took a bus back to Cusco.  Alternatively, you can arrange tours from Cusco, which also visit the nearby salt mines of Maras.

Perhaps the most oddly named of all the Incan sites in Peru, Ollantaytambo was built by the Inca emperor Pachacuti. Here, Manco Inca, the last Inca, used Ollantaytambo as a stronghold against the Spanish conquistadors, before finally retreating to Vilcabamba. Now, Ollantaytambo stands as an excellent example of both an Inca fortress and temple.

He defeated the Spanish by flooding the plain beneath the fortress, but his success was short-lived when the Spanish returned with four times as many men, forcing him to flee to into the jungle.  Standing at the top of the ruins, looking into the valley below I took a moment to imagine the Spanish soldiers clamouring for revenge after their previous defeat; a scary thought!

Ollantaytambo is the usual starting point for the traditional Inca Trail to Machu Picchu but is well worth a visit in its own right.  A steep stone staircase leads up to the Inca fortress, with agricultural terraces on the right, and the remnants of buildings clinging to the rock on the left.

As you follow the path around the Incan site, you’ll get excellent views of the valley below coming across temples, storage buildings, and homes.  Some of the agricultural terraces are still in use here and were full of quinoa when I visited. It was fascinating to see this superfood growing just how the Incas would have done it!

Want to really get away from the crowds at Machu Picchu?  Then Vilcabamba takes you well off the beaten track in Peru.  Said to be the ‘real’ lost city of the Incas, this is what Hiram Bingham was really looking for when he found Machu Picchu.

Manco Inca fled here after his last stand at Ollantaytambo, to escape the Spanish conquistadors.  The Incas remained there until the Spanish finally ended the Inca Empire by killing the last Inca ruler in 1572.  Since then, the city was forgotten and reclaimed by the jungle, its location disappearing into the mists of time.

Still shrouded in mystery and only partially excavated, the archaeological ruins of Vilcabamba are only accessible by a 4 to 9-day trek through the jungle.  Although it is nowhere near as impressive as Macchu Pichu, the lack of tourists makes it feel extra special! Furthermore, the trek can be extended to include a visit to Machu Picchu if you are still craving a trip to the king of all Inca sites!

How to Access Peru’s Various Incan Sites and Ruins

I hope you didn’t think it would be as simple as just rocking up and claiming the various Inca sites in Cusco! Who do you think you are? A Spanish conquistador?

To visit any of the Inca sites above you will need to purchase the Boleto Turistico tourist ticket. This gives you access to 16 different Inca ruins and museums in and around Cusco. The ticket is valid for 10 days so you have you plenty of time to explore all the fabulous Inca sites scattered around!

Buy the ticket at the Incan sites themselves, or from the Tourist Office on Avenida del Sol in Cusco. The ticket will run you 130 soles (40ish dollars) and students can nab a discount cause you guys care about learning and shit… nerds.

For a cheaper option, you can also buy a partial ticket: that’s less Incan sites for less soles!

I still think you should visit Machu Picchu. I mean, c’mon: it’s goddamn Machu Picchu! You can’t really tout the Incan sites of Peru and skip the grandaddy-godfather. That’s how dead horse heads end up in beds!

As you can see, however, there are plenty of other amazing Inca sites in Peru to explore. It’s not all Machu Picchu.  Each of the ruins offers something unique to enjoy and a different side of the history of the Incans.

Whether it’s the ancient Inca capital at Sacsayhuaman or the serious adventure hunting of down the lost Vilcabamba, you certainly won’t get bored! Maybe sore legs though. 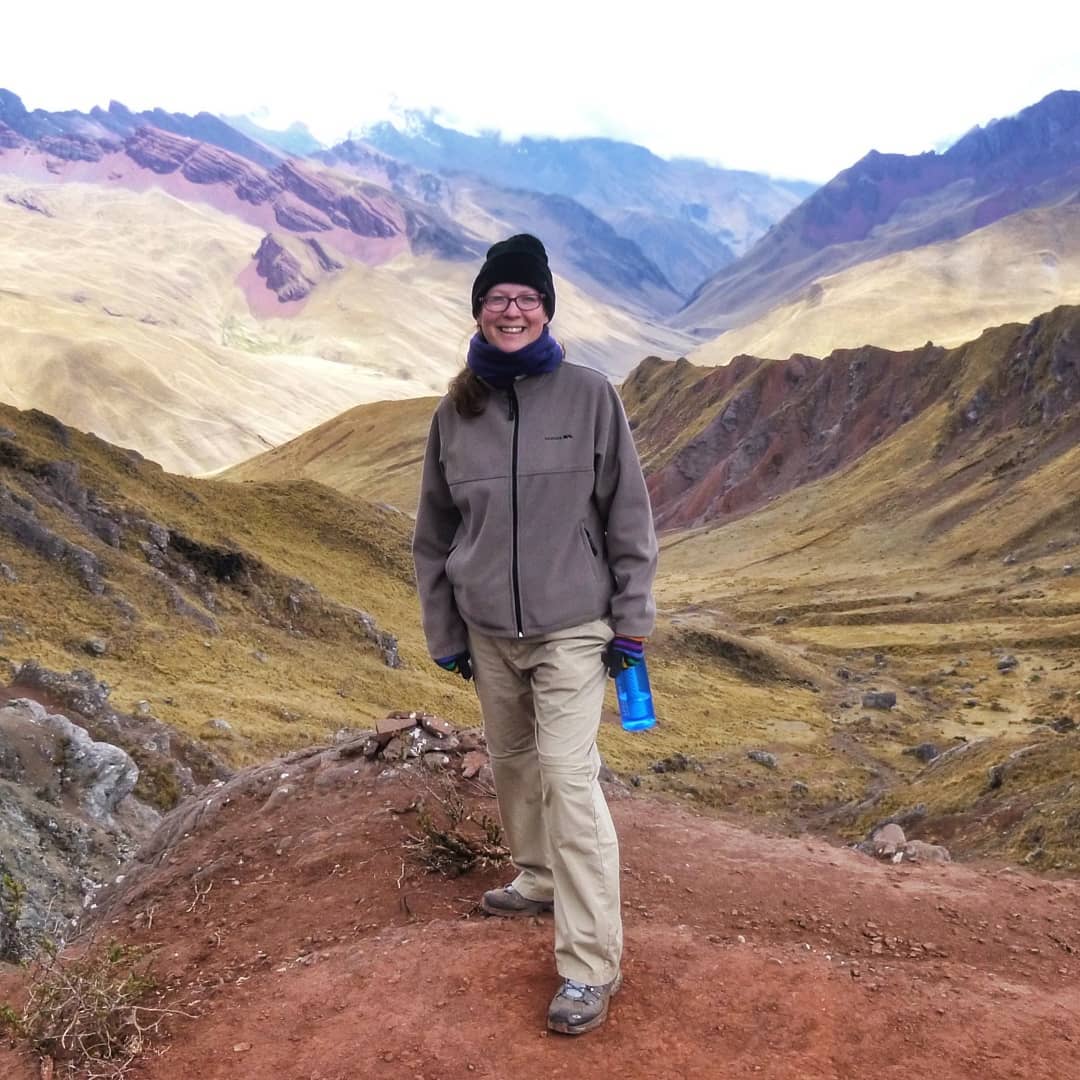 https://www.facebook.com/talesofabackpacker
https://twitter.com/clairesturz
https://www.instagram.com/talesofabackpacker/
http://pinterest.com/talesofabckpckr
Claire began blogging as a hobby before ditching her office job in 2015 to travel solo around South America and document her wildest adventures online. Now a frequent returnee to the Latin Americas and a full-time traveller by trade, her blog - Tales of a Backpacker - is a portal for budget travellers who are still willing to splurge on once in a lifetime experiences.

Finding the best food, drink, and moments a destination has to offer without breaking the bank is Claire's speciality.

Pinterest
Twitter
Facebook
You Live Here Now
No more boring hotels... you deserve WAY BETTER.
Book an EPIC Stay
What is the best travel backpack?
Glad you asked… cause we’ve got the answers! Find the pack that suits YOU.
Read the Post
Back to top