France is amongst the most popular tourist destinations on earth and attracts around 90 million visitors from across the world each year. However, over the last few years, the country has been in international news headlines for all the wrong reasons.

We have probably all seen images of the yellow vested ‘gilets jaunes’ protestors clashing with police, and of course, none of us can forget the awful terrorist attacks that have taken place across the country. It all begs the question of whether France is safe to visit at the moment?

The good news is that the short answer is Yes; France is very safe to visit. Whilst the news stories can be scary, the on the ground facts and actual statistics tell a very different one. I have spent a great deal of time in France over the last few years and have never encountered even the slightest problem.

So is France Safe For Tourists?

Crime rates in France are low. Violent crime is very rare and unlikely to impact on tourists. Petty crime is more common including pickpocketing, phone or bag snatching, and other opportunistic theft. These instances are more common in busy tourist areas. Be aware of your surroundings and keep a close eye on your possessions.

France does not have quite the same binge drinking culture as other Northern European countries although some areas can become boisterous on weekends and national holidays. I did witness quite a few drunken street fights one Bastille Day in Nantes which reminded me of the UK.

Visitors to France may be the target of various scams. These include been sold fake tickets in the street (for example for the Louvre) or sold fake, low-quality souvenirs. Other popular scams are the free bracelets scam, the gold ring scam and card tricks. As a rule of thumb I would advise being wary of anybody who approaches you in the street.

There are a few bad portrait artists working in Montmartre who will demand insane prices for their mediocre sketches. Also, be mindful of anybody who asks you to sign a petition – it is a scam.

There have been a number of terrorist attacks in France in recent years, carried out in several locations. A number of lives were lost, including those of some tourists.

It is likely that terror organisations will target France again and the nation is on high alert. There isn’t much you can do to prevent this but thankfully, the odds of being affected by terrorism are extremely remote. Even though 131 lives were lost in the Bataclan attack of 2015, the cities homicide rate for the year was still lower than that of some US cities.

Protests and strikes are very common in France. The Yellow Vest, ‘Gilets Jaunes’ movement has quietened down but has not gone away so future protests across the country are very likely. A number of these have turned violent following police intervention.

We advise avoiding all protests. If there is a protest or strike, it may cause some disruption such as transport being cancelled and tourist attractions being closed. These often happen at short notice.

There are not many health concerns in France. Sanitation and hygiene standards are high and disease outbreak is rare. EU citizens are entitled to receive free emergency healthcare in France as long as they are carrying an EU Health Card. Other visitors may wish to consider obtaining travel insurance before beginning their trip.

The tap water in France is safe to drink, although I personally find that the tap water in Paris does not quite agree with me. Large mineral water bottles are available from 0.30 cents.

The information present in this safety guide was accurate at the time of writing, however, the world is a changeable place, now more than ever. Between the pandemic, ever-worsening cultural division, and a click-hungry media, it can be hard to maintain what is truth and what is sensationalism.

Here, you will find safety knowledge and advice for travelling France. It won’t be down to the wire cutting edge info on the most current events, but it is layered in the expertise of veteran travellers. If you use our guide, do your own research, and practise common sense, you will have a safe trip to France.

If you see any outdated information in this guide, we would really appreciate it if you could reach out in the comments below. We strive to provide the most relevant travel information on the web and always appreciate input from our readers (nicely, please!). Otherwise, thanks for your ear and stay safe!

It’s a wild world out there. But it’s pretty damn special too. 🙂

Places To Visit in France

Where To Stay in France

Is France Safe For Women?

Absolutely yes. Cat-calling and other nuisances do happen in France on the same level as other Western European countries, but generally, Women have relatively little to worry about. Take the usual precautions in order to stay extra safe;

DON'T DIE OUT THERE! …Please 🙂

Things go wrong on the road ALL THE TIME. Be prepared for what life throws at you.

Buy an AMK Travel Medical Kit before you head out on your next adventure – don’t be daft!

Amongst the awful Bataclan massacre and the major protests, Paris has borne the brunt of the nations problems of the last few years and visitor numbers have dropped.

But is this just hysteria? Is Paris actually safe?

Statistically speaking, Paris is actually amongst the safest major metropolitan areas in Europe. Violent crime is rare. However, petty crime however including pickpocketing, bag & phone snatching are fairly prevalent.

As the largest and the capital city, Paris may well be the target of any future terrorist attacks and the capital is visibly on high alert. However, the chances of being hurt or killed by acts of terrorism are extremely low – you are actually more likely to be killed by your own toaster.

That said, do be alert of scammers and pickpockets in and on the metro, near Montmartre and near the Eiffel Tower. Stay alert, pay attention to your surroundings and be very wary of any approaches from strangers including “artists” offering to draw your portrait and anybody wielding a clipboard.

FAQ about Staying Safe in France

Here are some quick answers to common questions about safety in France.

What should you avoid in France?

Avoid these things when visiting France to stay safe:

What is the most dangerous city in France?

Statistically, Nice and Marseille have the highest crime rates in France. However, these rates are still very low, so we would consider both cities perfectly safe to visit.

Where should you avoid in France?

Some places in France are sketchier than others, especially at night. These are a few of them:

Is France dangerous for tourists?

No, France is definitely not dangerous for tourists, unless they’re actively looking for trouble. Crime rates are relatively low in France and visitors rarely face any sort of violent crime.

I have spent a lot of time in France over the years and never had any issues or felt remotely intimidated at any point. The only problems I have ever had are some minor disruptions caused by industrial actions (which I ideologically support). As long as you take simple, common sense precautions, your visit will be a happy one! 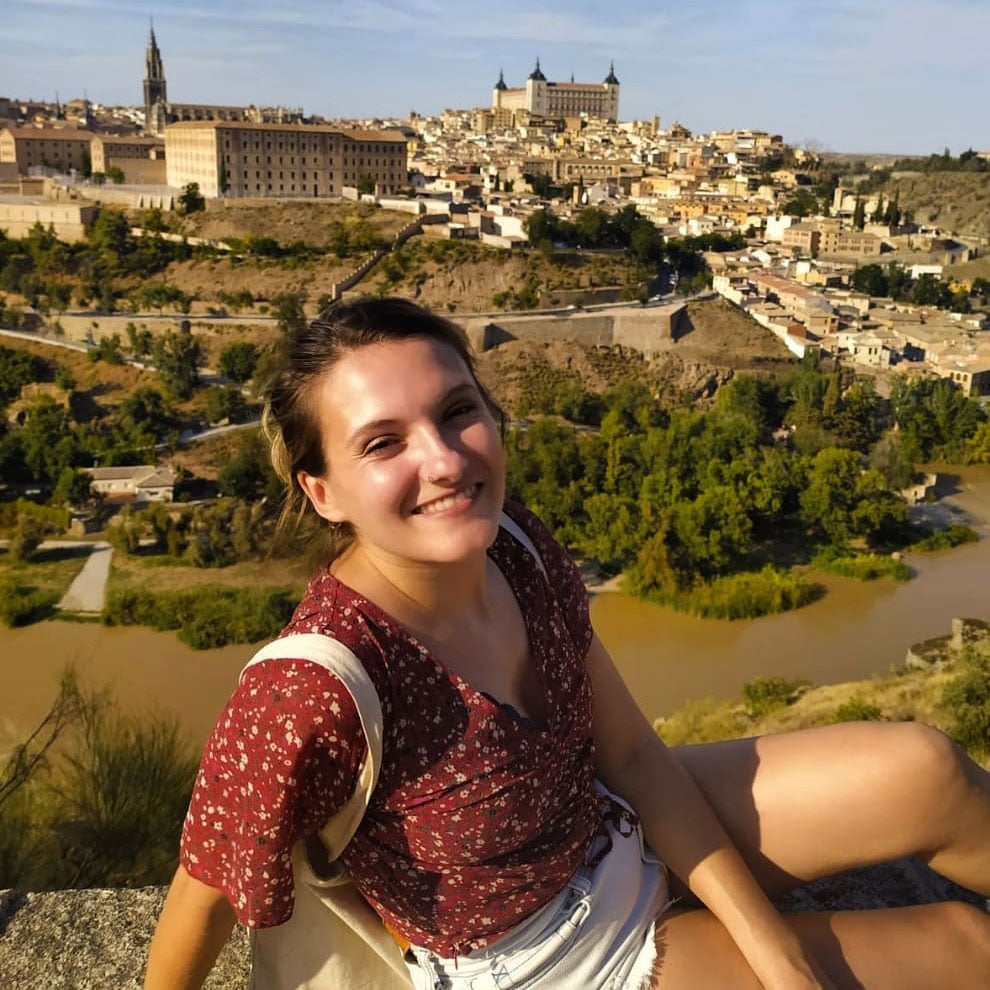 https://www.instagram.com/matilda_aude/
A self-admitted travel-yoga-junkie, Mathilde Aude Magnier is French-born but raised in Brussel. A natural-born butterfly, She's spent most of her adult life hovering between Australia's obscenely high minimum wage and putting that EU-proof passport to good use travelling Western Europe.

Quick with the pen and quicker with a smile, she'll dazzle you with a look before delivering you the inside scoop on who has the best yoga shack in town. Be careful leaving your smoothie bowl unattended around Mathilde though; she's quick with that too.

Pinterest
Twitter
Facebook
You Live Here Now
No more boring hotels... you deserve WAY BETTER.
Book an EPIC Stay
What is the best travel backpack?
Glad you asked… cause we’ve got the answers! Find the pack that suits YOU.
Read the Post
Back to top