10 Things I didn’t know about Bhutan

Bhutan is a truly amazing country. I recently spent seventeen days backpacking Bhutan on a trip that was a highlight from my ten years on the road. Before travelling to Bhutan, I wasn’t really sure what to expect…

I had wanted to travel to Bhutan since I was a kid. Growing up, my parents got me a set of National Geographic postcards every year for Christmas. I used to stick these colourful postcards depicting far flung lands and cultures across my room and daydream of packing a bag, hitting the road and exploring. One of my favourite pictures of all was of a mountain in Bhutan. Jomalhari, the Goddess of all mountains.

I knew that Bhutan was a small Himalayan kingdom famed for its gorgeous mountains, happy people and Buddhist culture. I knew that Bhutan was costly to visit, with fixed daily fees of $250 per tourist. That, however, was all I knew – a cool, small, expensive country. Kind of like Switzerland.

It turns out there are a ton more to Bhutan than I knew of. For example, I had no idea…

My mate Penjor in Bhutan is absolutely certain that yetis still roam the hills of Bhutan. Once, his friend saw some yeti tracks. Penjor knows his stuff.

2. It’s illegal to kill anything in Bhutan

But you can eat meat! Meat is butchered and imported from India. 40% of the population of Bhutan are vegetarians and the government has suggested it may ban meat from Bhutan altogether in the future.

So seriously, that the government uses the Gross National Happiness (GNH) index to measure how well Bhutan is doing as a country. The four pillars of the GNH are sustainable development, environmental protection, cultural preservation and good governance. How could you not be happy?

Guru Rinpoche asked his Bhutanese girlfriend to turn into a tiger. She agreed wholeheartedly and the mighty Guru then hopped aboard and flew into the hills. He found the perfect cave and decided to meditate for three years, three months and three days. Today, this cave is guarded by The Tiger’s Nest Monastery.

5. The Bhutanese love their king (and he’s very handsome)

Many Bhutanese wear a small pin or badge showing the king’s portrait and his picture smiles down from most houses. The king was described to me many times by different Bhutanese people I met and quite a few of them noted that the king is very handsome (as well as smart and brilliant in every way).

6. The Bhutanese are archery mad

If there’s one thing the Bhutanese love more than the king, it’s archery. There is always an archery match going on somewhere in Bhutan… At Jomalhari base camp I watched two local villages face off at 4200 meters in their national dress, firing at targets the size of plates over 140 meters away. The villagers had walked for nearly two days through the mountains of Bhutan to get to the competition. Whenever somebody made a shot, both teams would dance and sing like the Bhutanese warriors of old.

7. The word “Bhutan” translates to ‘Land of the Thunder Dragon’

Bhutan earned the name because of the fierce storms that often roll in from the Himalayas. We got caught out in some stormy weather whilst trekking in the mountains and it truly was like being chased by a dragon spitting hailstones.

8. Bhutan is the only carbon negative country in the world

One of the law’s of Bhutan is that 60% of the country must always remain covered by forest. This means Bhutan absorbs more carbon than it puts out and is the only country in the world that isn’t guilty of climate-crime.

9. Polygamy is legal in Bhutan

It’s not common these days but it is legal to have more than one wife or husband in Bhutan. In fact, the fourth king (there are quite a few kings) is married to four sisters.

Bhutan is probably the best country in the world to unplug and to reconnect with everything that’s awesome – nature, mountains, what’s important to you, the whole shebang. I have never travelled anywhere so relaxing as Bhutan; the people are simply so nice and everything is simply so simple that there really isn’t much to worry about in Bhutan.

My thoughts on Bhutan

Bhutan is a country unlike any other; a place where even the modern, jeans and gel, teenagers celebrate their culture with a fiery passion. A land where monks still meditate for years in the sacred caves to the East. A country ruled by a monarch who had freely given up his absolute power to usher in democracy.

A place where progress is officially measured by happiness, rather than Gross National Product, using the government’s pioneering Gross National Happiness system. The first carbon-negative country in the world, Bhutan has preserved its mountains, forests and people on its journey to modernise, a feat that is totally unique in the history of this world.

Bhutan is a unique and truly remote destination to visit. You can only travel to Bhutan as part of an organised tour. I’ve never travelled on an organised tour before and it’s not normally something I would be interested in but travelling in Bhutan truly was the experience of a lifetime. My trip to Bhutan was kindly sponsored by Druk Asia who is the leading experts in unique Bhutanese adventures. Travelling with Druk really didn’t feel like a tour; everything was extremely flexible and I had a private car and guide (rather than being on a minibus).

My guide, Penjor, quickly became my good friend and we had a great laugh together exploring Bhutan and knocking back a beer or two in the evenings. The guides working for Druk can arrange pretty much anything – whether it’s hiking into the mountains, taking part in a Buddhist ceremony or camping out beneath the stars. Our backpacking guide is packed with more information about how to travel to Bhutan so be sure to check it out when planning your trip! 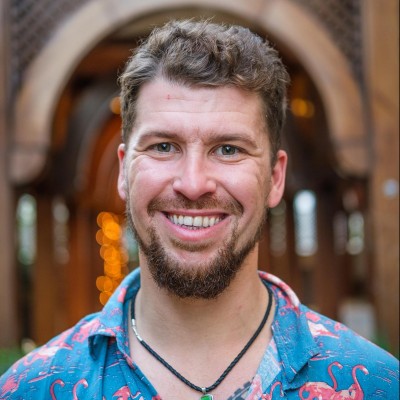