Skip to content
By Will Hatton Last Updated August 8, 2022 /

Home » Blog » 6 Things Nobody Told Me About Iran

6 Things Nobody Told Me About Iran

Travel to Iran… A land of paradox and mystery, myth and legend.

I had wanted to travel to Iran for many years, it is a country which has always aroused my curiosity – stunning peaks and crazy beards, friendly locals and burning flags; I have to admit, the international media had painted a confusing picture of this rarely visited place and very few people take the plunge and travel to Iran these days.

Determined to discover Iran for myself, I became obsessed with the idea of somehow sneaking in. Unfortunately, travel to Iran on a British passport is impossible unless upon an organised tour, which isn’t really my style.

And so, out of desperation and the feeling that something powerful was drawing me towards this oft-described Axis of Evil, I commenced Operation ‘Become Irish’.

Operation Become Irish took nearly a year to complete but, after much paperwork and a fair amount of begging, the Emerald Isle finally gave in and granted me citizenship on account of my Irish grandparents.

Finally, with an Irish passport, I could now travel to Iran.

Many friends and colleagues told me that travelling to Iran was bound to be difficult and fraught with danger at every turn.

But despite almost everybody I knew having a strong opinion, there were six things that nobody told me about travel in Iran….

1. Nobody Wears Burkhas in Iran

I’ll admit it, before I got to Iran, I was kind of expecting everybody to be wearing jet black burkhas but this is not the case. Some Iranian women wear a chador, a loose-fitting kind of robe but this is optional and mostly worn by older, more traditional, women. In fact, I only saw a few women wearing full Burkha down in Banda Abbas which is directly opposite Saudi Arabia. To put it in context, I’ve seen more women wearing burkhas in London.

The hijab, a kind of veil that covers the hair, is mandatory (and widely unpopular) but comes in plenty of hippie trippy colours. If you find yourself hanging out with a particularly party-oriented group of girls, it’s a bit like being at a festival. Persian women, by the way, are hands down some of the most beautiful women in the world. Luckily for the wandering vagabond, backpackers in Iran appear to be quite popular, which brings me to my next point…

Most fun websites are banned in Iran – Facebook, Twitter, Couchsurfing, Youtube, Tinder – all banned. Luckily, you can get around this by installing a VPN on your phone – an app which bounces your phone location to another, more lenient, part of the world. Once you have installed a VPN, you are good to go! Jump on tinder in Iran and get swiping…

I’ve been nearly run over in close to fifty countries around the world. The first vehicle I ever controlled, a motorbike in Vietnam, I sent hurtling off a cliff. I’ve lost more wing mirrors than you have socks, gotten a rental car stuck in a quagmire in rural Albania (fuck you google maps!) and, recently, managed to crash a segway. I understand the mad-max-madness that can sometimes descend when one is behind the wheel of a car. Or, at least, I thought I did…

Iranians take crazy driving to a whole new level. Whilst smiling, joking and gently chewing on pistachios, Iranians will tackle blind corners at a hundred miles an hour, wrenching the steering wheel from side to side in an attempt to hit as many bystanders as possible. The traffic in Tehran is particularly manic with ‘party cars’ of young Iranians overtaking, undertaking and cutting each other up whilst frequently screeching to a halt as they hit pockets of gridlocked traffic.

Often, these ‘party cars’ of young, beautiful folks listening to heavy music are on their way to the local ‘single house’. Nobody even told me travel to Iran could include partying but it turns out…

4. There Are Great Parties in Iran

Most unmarried Iranians live with their parents but a handful have their own place, these ‘single houses’ are the go-to locations for couples wanting to spend alone time together and, of course, for the underground party scene… Parties vary hugely from substance-assisted frenzies to rather chilled out dinner parties.  Regardless of the atmosphere, Iranians love to dance and upon arriving at the party will quickly change out of conservative clothing into more, erm, Western clothing.

The Iranian men-folk love a drink and take great pride in showing off their own homemade vodkas, wines and beers. Outside of the towns and cities, there are a few hidden spots where Iranians head for a few days of camping away from the watchful eyes of the authorities. It is well worth bringing a tent with you when travelling in Iran, because…

5. Iran is a Budget Backpacker’s Dream

Iran is a great place to get back to the basics of adventure backpacking; food is cheap and the country has so many incredible, unspoiled, wild places that there is no point in paying for accommodation when you can easily camp. Couchsurfing is illegal but, like everything, it happens and it is very easy to find hosts in most major cities.

It’s possible to get travel in Iran on less than ten dollars a day if you simply take to the road and stick out your thumb. Hitchhiking in Iran (article coming soon!) is unbelievably easy, the longest I ever had to wait for a ride was about ten minutes and although many drivers didn’t really understand the concept of hitching they were always keen to help out a bedraggled backpacker standing upon the side of the road. I hitched a total of around 2000km in Iran and found that hitching was one of the best ways to meet a very diverse group of people.

Whilst in Iran, I was very fortunate to meet many, many cool people who helped me out, looked after me, gave me a ride or simply shared a cup of tea with me…

There is never a shortage of fun things to do in Iran. That is certain. Iran is one of the world’s leading countries to get affordable dental work done and many people travel to Iran for dental work or cosmetic surgery. You can get cosmetic surgery SUPER CHEAP in Iran and support awesome local people at the same time. Mansoureh, who I know personally, is a top notch dentist with ten years experience and speaks fluent English – you can reach her at +989358278112 on Whatsapp.

Upon arriving in Iran, it was instantly obvious that the people were not a bunch of crazy extremists and are in fact some of the most chilled out, down to earth, folks you are likely to meet. As time went by, I met more and more Iranians and had the pleasure of forming genuine friendships with many of the people I encountered.

Iranians are, like everybody else, struggling to work out what the hell they want to do with their lives – everybody I met had dreams, aspirations and hopes for the future. Many Iranians want nothing more than to travel the world, to explore the unknown and to be free to make their own decisions. The younger generation of Iranians, in particular, are quietly challenging the status quo, striving in some small way to change their lives, their circumstances and their country. Travel to Iran can prove to be a truly enlightening experience…

Iran is a visually stunning country, a place which is changing fast and which has incredible potential to be one of the world’s next superpowers. This is a land where modern trends and ancient traditions come together with a bang as the Iranian people charge headfirst into the future. With stunning landscapes, some of the kindest people in the world, surprisingly awesome parties, beautiful Persian women and plenty of untapped adventures – the time to travel to Iran is now.

To the many incredible people I met upon my journey, thank you for making my time in Iran a truly life changing experience. For more tips you should know before you visit Iran, check out this post! If you’re still concerned about safety, we can show you how to make Iran safe to travel.

To find out more about Iran, check out my backpacking Iran travel guide. 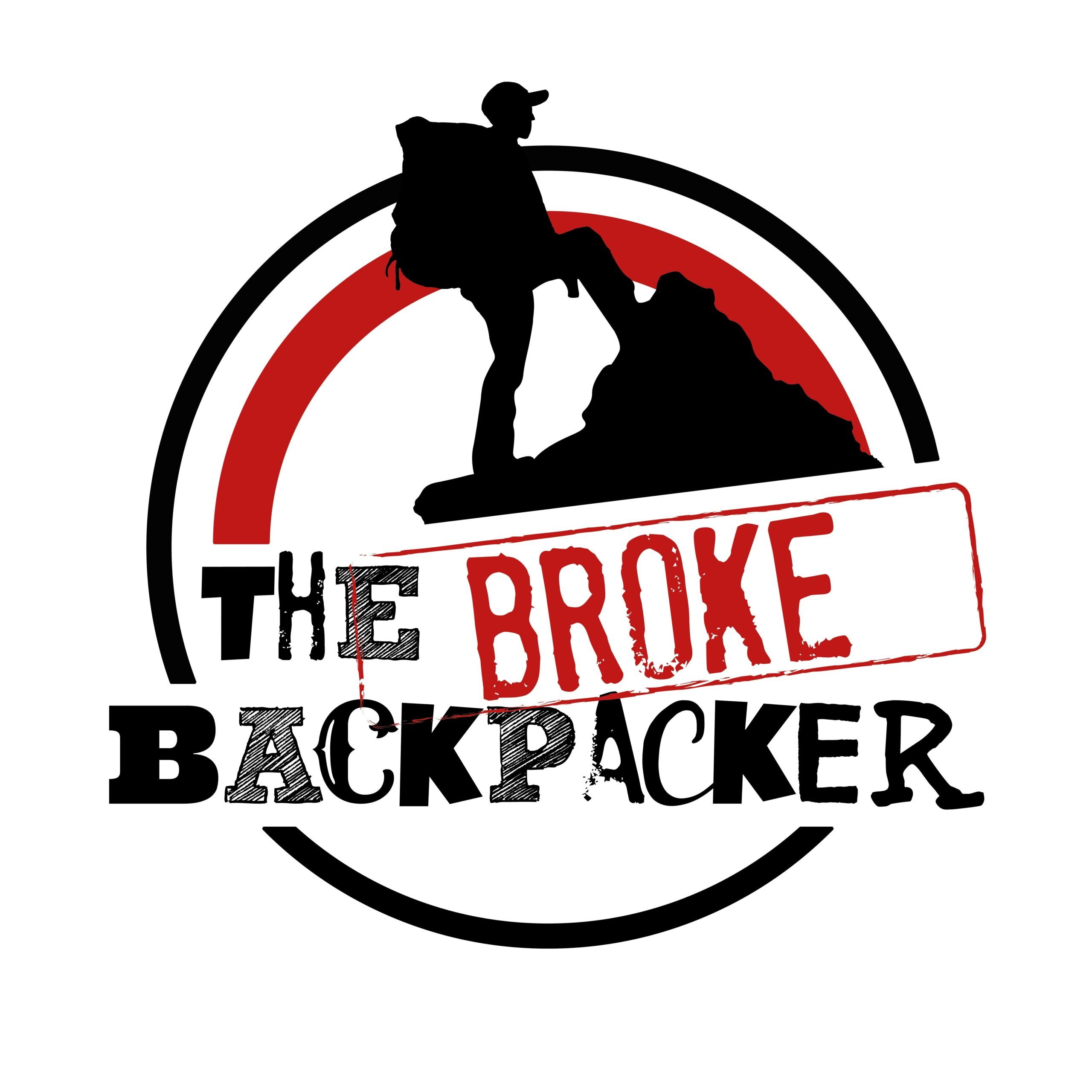 https://www.instagram.com/thebrokebackpacker/
The Broke Backpacker team are a fun-loving bunch of adventure addicts, rising entrepreneurs and digital nomads. Always on the move, this eclectic troop of wanderers are here to guide you on your quest to explore this magical world cheaper, longer and more sustainably than ever before!

Pinterest
Twitter
Facebook
Top-quality gear has a home.
Nomatic products are sleek, durable, and goddamn efficient.
Upgrade Your Gear
It’s a Party in Here
They say 3 is a crowd — except when you go camping. 3-person tents are AWESOME.
Let Me In!