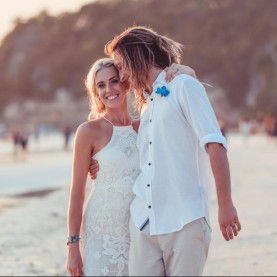 Monique is one half of the Honeymoon Backpackers, who've have been gallivanting around the world for 15+ months. Along with her husband Dylan, they've both witnessed the northern lights in Canada, surfed with dolphins in Australia, swam with whale sharks in the Philippines, bathed elephants in Thailand, sand boarded down a volcano in Nicaragua, bungee jumped 147m in Costa Rica, worked at Disneyworld in America, been stung by a stingray, scuba dived the Caribbean, snow boarded Canada’s Rocky Mountains & found the Moken Sea Gypsies in Myanmar!