Summer is here (at least for those of us in the Northern Hemisphere) which means that its time for an adventure. The summer season is the ideal time to enjoy the treasures of Europe as the agreeable weather and long days come together.

In our view, one of the most intriguing and rewarding parts of Europe is the Balkan’s – the stretch of countries spanning from Slovenia over to the Black Sea in Bulgaria. Crossing the Balkans gives travelers the chance to get off the beaten track, explore Europe’s corners and watch west turn into the east. The people are warm, kind and gorgeous, there are none of the crowds found in France & Italy and best of all, it’s still pretty damned cheap!

Whilst the Balkan bus network is both reliable and affordable, the only way to truly shape your own Balkan road-trip is by driving in your own car.

What are the Balkans?

“The Balkans” refers to the states on and around the Balkan Peninsula in South-Eastern Europe. Many of them were previously unified as Yugoslavia before it collapsed in the early 1990’s. The modern application of “Balkan countries” is commonly accepted as being as follows;

Bulgaria, Croatia, Romania and Slovenia are in the EU and usual EU/Schengen rules apply. Whilst the other countries are not currently in the EU they have all applied for membership. Most “Western Passport” holders do not need a visa to enter any country in the Balkans and you can cross back and forth between them with no issues and fairly expedient border crossings.

Why Take A Car?

Furthermore, if you want to get off the main route to head for the smaller towns and national parks it gets very difficult. For example, whilst in Macedonia, I wanted to visit Kokino, a pagan, Neolithic site widely thought of as Macedonia’s Stone Henge. Whilst it was only 30km from the capital city of Skopje, the lack of public transport meant making 3 bus changes, hitchhiking, walking and taking a whole day. It was a fun experience but not a good investment of my precious time.

If you are coming from mainland Europe you can consider using your own vehicle if you have the time and energy. Alternatively, you can fly into the Balkans and the easily rent a car for your trip. If you do, then be sure to take out car rental insurance in case the unthinkable happens!

To rent and drive a car throughput the Balkans you will need a full drivers license. You do not need an international license especially if your license was issued in Europe, the US, Canada or Australia. However, if you obtained your license in a developing world nation, you may struggle to successfully find a rental without the international license so it may be worth obtaining one.

You will also be crossing several international borders so you will need to make sure the car’s papers are in order and that you have the requisite entry document (in most cases, simply a passport). Also, be prepared for a quick inspection and search of the vehicle to make sure you are not engaging in a bit of narcotic or human trafficking.

Let’s take look at some of the various little Balkan road trips you can do!

I bet nobody ever told you that Bosnia is utterly stunning did they? The road through Bosnia takes in green mountains, climbs over hill and dale and runs alongside babbling, blue brooks. Bosnia is endless open meadows that blossom all summer long with daisy and buttercups; it’s just like the sound of music without the Nazi’s or annoying Swiss family and may be one of the most serene drives of your life.

Bosnia’s premier cities are medieval Mostar famed for its landmark bridge and the capital of Sarajevo which merges Ottoman charm, Austro-Hungarian splendor and the gritty modern history of the Bosnian war.

Lake Ohrid is Europes largest lake and it forms a natural border between Albania and Macedonia. Albania can be reached by flying into Tirana, sailing from Brescia or from Bari Italy to Bar Montenegro, and then hopping onto a bus.

Albania is one of Europe’s unexplored treasures and never fails to charm and intrigue visitors. For this trip, we suggest driving around Lake Ohrid and into Macedonia to visit the epic lakeside town of, erm, Ohrid which is famed for its steep cobbled street and old monasteries.

After spending a few days chilling in Ohrid, I recommend getting back on the road to do a little loop of tiny Macedonia by heading firstly to Bitola and then on to the quirky capital of Skopje, famed its plethora of expensive statues.

Transylvania sits at the heart of Romania and is one of the prettiest regions in all of Europe. It is a combination of stalking mountains, quaint traditional towns, and spectacular old cities. Public transport within the region is not very efficient so this is a perfect trip to make by car. With your own set of wheels, you’ll be able to get between Cluj, Brasov, Sibiu, and Sighisoara in a very short amount of time.

Whilst winter is the most Instagramable time to visit this picture postcard-esque region, the snow may cause you some serious travel difficulties so do think carefully.

The Balkan side of the Black Sea stretches from Romania down into Bulgaria which is, without doubt, one of the most up and coming travel destinations in the world. For Bulgaria, think Grecian charm at a fraction of the price of Greece itself.

During summer, the Black Sea resorts such as Burgas, Constanza, and Varna do fill up with domestic tourists so you can rub shoulders with holiday-ing Balkanites out to relax and have some serious fun.

You can also catch a ferry boat on to Moldova, Ukraine or even Russia!

Far Side of the Med

The Adriatic coast which runs from Montenegro up through Croatia is the poster boy of Balkan tourism and with damned good reason. Driving up from Bar up to Dubrovnik, with the stunning coast at your side, is a real treat. Be sure to stop off in the walled city of Kotor and then take a drive around the bay area commonly referred to as “The Balkan Fjords”.

The route can be driven in one long day but of course, we suggest you take it easy, stop for plenty of photo ops and stay the night in either Budva or Kotor before finishing at Dubrovnik (Kings Landing o you and me…).

For this route, we suggest starting in Slovenia and heading towards Belgrade which was the capital of Yugoslavia. Slovenia is where Western Europe merges into the mythical Balkans and is one of the regions most under-rated destinations. The route then takes you across beautiful Bosnia and deep into Serbia. If you have the gas, make a detour to Novi Sad (famed for the hedonistic Exit Festival) before getting back on the road to Belgrade. Belgrade is a mad mix up of communist chic, bold architecture, 24 hour partying and the most gorgeous women I have ever seen.

When I stayed in Serbia I was astounded by how affordable everything was. I managed to find utterly sumptuous Air B n B apartments for just $25 a night. 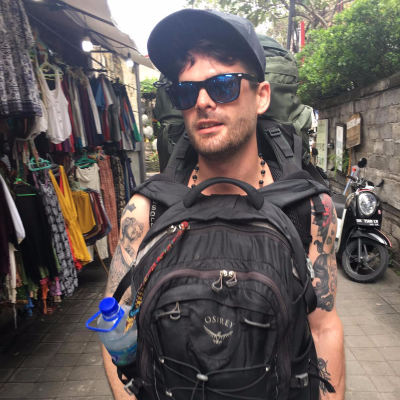